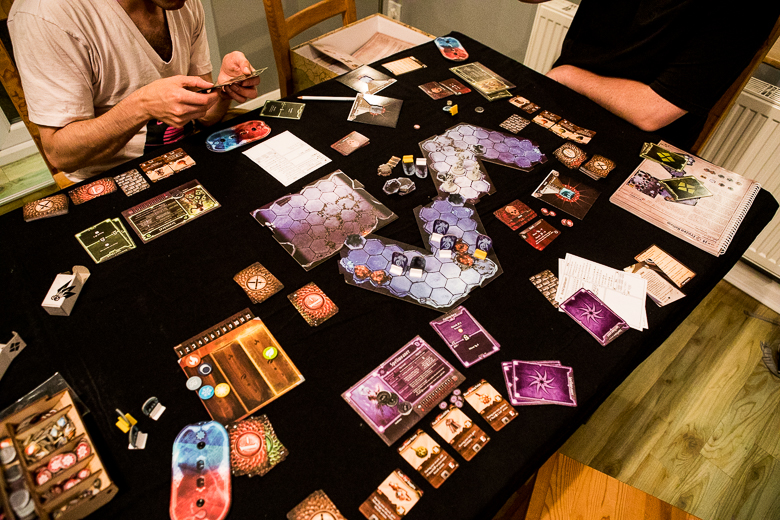 10 things we’ve learned while working on a Gloomhaven review

Are you still waiting on a Gloomhaven review from Boards & Booze?

Yes, us too. We should probably stop playing it and get back to writing one.

But that’s so much effort, and  the too-long, didn’t read version is ‘it’s great, you should buy it’, anyway. Or is it?

Reams have been written about Gloomhaven. (And yes, we’ve written a little bit on it too.) In our eyes, it’s a genuine triumph. It’s clever, generous and oh-so compelling. It’s great fun too, which is always handy.

But it’s not for everyone. The combat is unique, which comes with plenty of pros and cons, not least of which is a decidedly… thinkier game than one might expect. (Is that a pro or a con? You decide!) 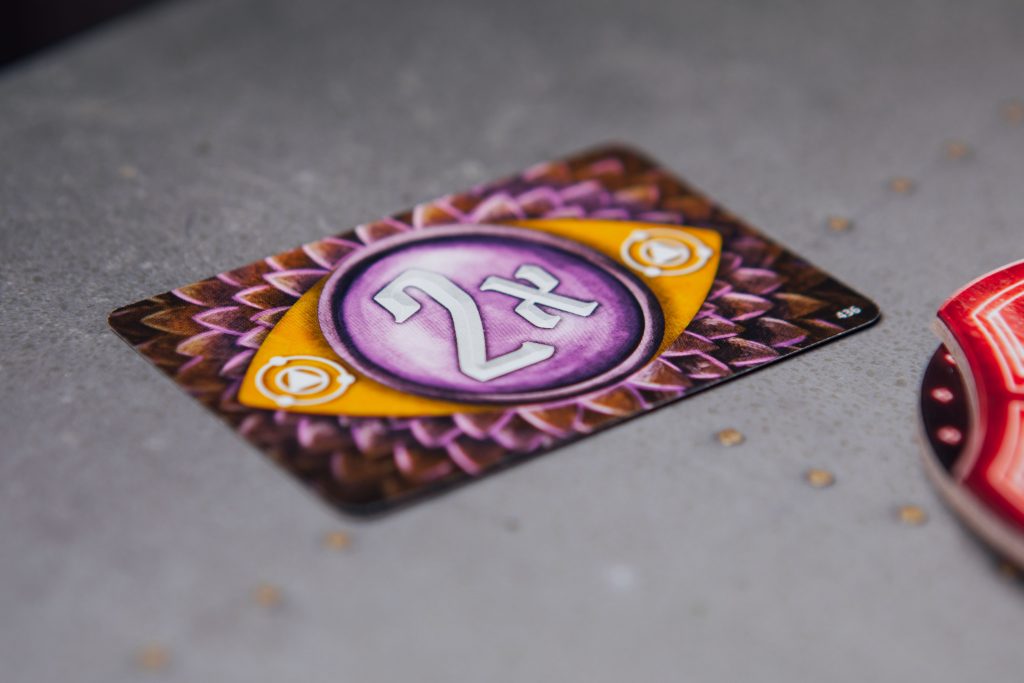 Can you still call it a mid-review turnaround if it’s at the beginning? And not really a turnaround?It goes best with a clear mind, meaning our second love (craft beer) is harder to pair with it, but we digress. These are the sort of things we’ll cover if we ever manage to pull our collective fingers out and put together a Gloomhaven review.

But in the meantime, here are a couple of things we thought you should know, whether you’re on the fence or just looking for confirmation bias.

Let’s start by stating the obvious.

Nothing about Gloomhaven is small. From the box, to the price tag, to the ludicrous amount of cash thrown at its two Kickstarters… Everything is weighty.

But so is the gameplay. So is the campaign: this is a game that’s going to keep you playing for hours upon hours. Gloomhaven’s bulk is muscle, not fat. It’s just very muscly.

That size can be a turn-off for some. And look, Gloomhaven asks a big financial and time investment of its players, make no mistake. But investment is the right word, as you’ll reap dividends in the long run. You get a lot of bang for your buck, is what we’re trying to say.

Gloomhaven’s RPG credentials get thrown around a lot, and it’s kind of misleading – especially in the world of tabletop gaming.

Because it’s nothing like the oddball freeform best that tabletop RPGs can offer. You’re not able to throw all the GM’s plans out of the window by deciding to open a refuge for battered hippogriffs. You’re not encouraged to explore your character’s growth as a person.

But what you CAN dive into are the crunchy tactical options, and character customisation of videogame RPGs. I’m talking Final Fantasy. Baldur’s Gate. Fallout and that ilk.

And when I say customisation, I mean it. I’m not talking about a boring +1 increase to an attack (although you do get those too).

These are changes that make your character feel and play completely differently. My Cragheart started out as a ranged/melee hybrid. He’d throw some stones, then leap into close quarters for a big finishing move. It was great.

But it wasn’t as great as his final form – an obstacle-generating, battlefield-controlling earthen psychopath. That’s the kind of customisation I’m talking about.

We don’t care about emotional growth here. What we want are new and creative ways to see our enemies driven before us.

Now, it that’s the RPG experience you’re looking for, then step right up friend. Here, every problem looks like a nail – now, how would you like to modify your hammer?

3. Organisation is your friend

Remember we mentioned that Gloomhaven was massive?

It’s so big it gave me performance anxiety. Seriously: it was on my shelf for several months before I even managed to make inroads on punching everything out.

The struggle didn’t end there: Gloomhaven is a bear to set up and break down. There are so many moving parts that keeping track of everything while you’re playing takes everyone pulling together. Putting it all away is a whole other, frustrating ball game, and any Gloomhaven review that says different is lying.

Trying to sort it into baggies did nothing. It just made the local delivery driver convinced I was a drug dealer.

So I caved. I bought a custom wooden storage solution from a lovely Ukrainian individual who had painstakingly laser cut everything out for me. It was easy to assemble, and despite smelling oddly of smoke, worked like a dream.

I’m not saying everyone will find the same value from this. I’m fortunate enough to have a degree of disposable income that mitigates my stark lack of free time. Your mileage may vary – but there are other solutions out there that achieve more or less the same thing for less.

It doesn’t matter how you do it – just please, for the love of god, make sure you do it somehow.

4. It’s got a killer central mechanic

Yes, yes, yes, I know we said we’d cover this in a proper Gloomhaven review. But this bit’s kind of important, because it’s so brilliant.

Gloomhaven isn’t a typical dungeon crawler for one simple reason. The action is driven by cards, not dice. Every character has their own unique deck that dictates everything they can do.

This card-powered gameplay turns each scenario into a puzzle to be solved, rather than a table to hurl dice at.

If you think that sounds dry and predictable, you couldn’t be further from the truth. The cards make every action count – and the abilities on each one make every character feel distinct and interesting to play.

Forget ‘moving’ or ‘attacking’; each action feels distinct, powerful, and dripping with personality.

Gloomhaven definitely has a story. It’s got branching narratives and everything. (If we ever do a proper Gloomhaven review we might even talk about it properly.) 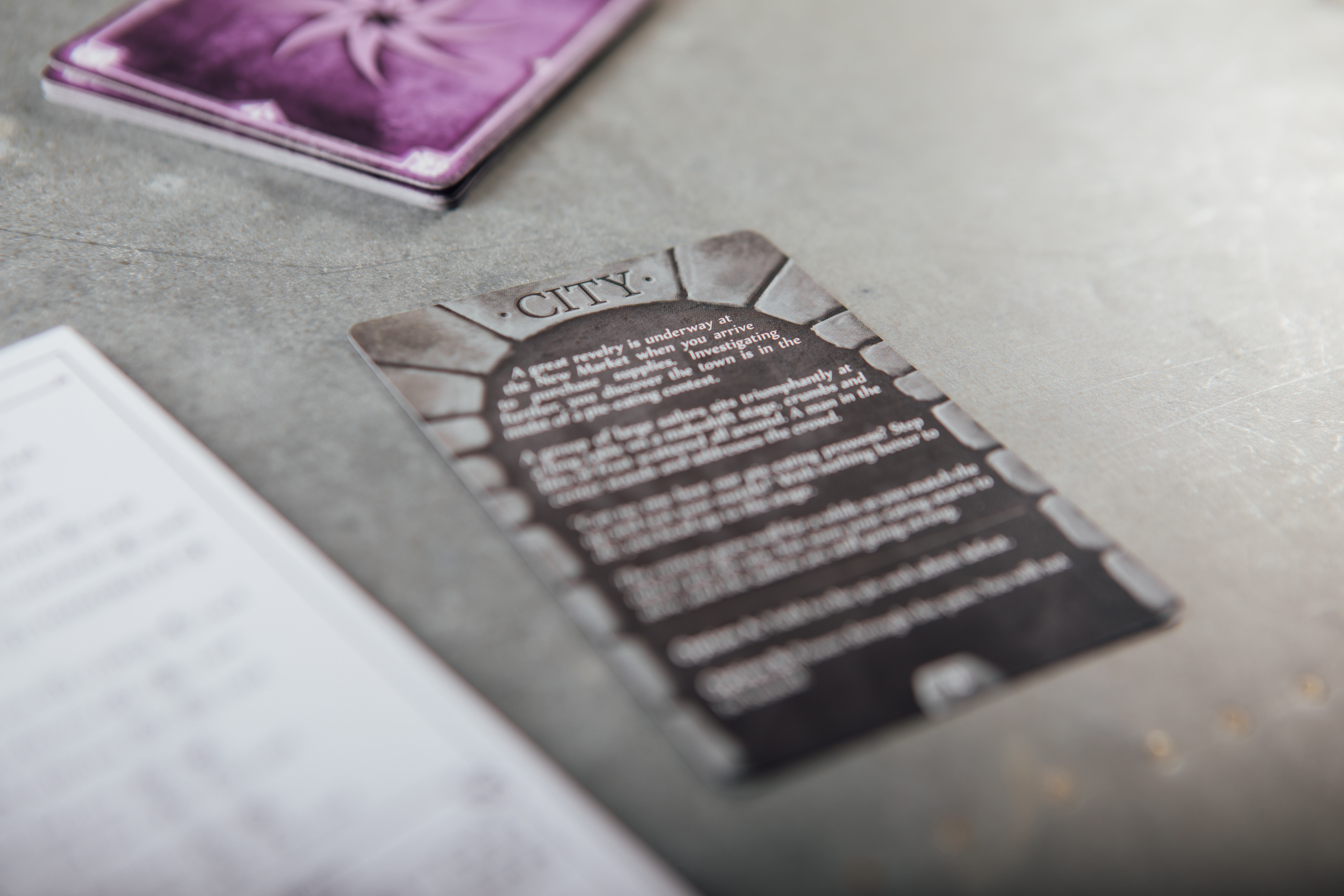 Despite our flippant disregard for Gloomhaven’s plot, the story elements and event cards are well-written and variedBut let’s be honest, you’re not in it for the story. While the narrative is nice, it’s the icing on a very tight and tactical cake.

To be fair, the writing’s not bad. There’s real personality in lots of the road and city events too, and it’s great at stepping away from so many tropes of the genre. There’s lots to applaud.

Thing is, it’s not the plot that’s going to keep you coming back for more. It’s the gameplay. It’s the customisation of your character. And above all, it’s the smashing up rooms of surprisingly varied enemies.

6. But the real stories are the ones you make for yourself

There’s no overt flavour text on most of the things in the game. There couldn’t be – with hundreds of cards even a single line on each would mean Wheel of Time amounts of text.

What’s great though, is how much personality comes through from the game’s mechanics alone. It thrills me each time I realise something fresh.

Part of this is the way in which conditions and simple movement/combat behaviours combine to describe your assailants. Take immobilise, for example – a condition that’s pretty simple, pretty boring. It crops up often, and mechanically it’s very clear: the target of that action can’t move. Fine.

But when you realise that the ice demon you’re facing isn’t just immobilising you, it’s freezing you in place, it’s a delight.

It sounds simple – and so obvious – when it’s written down here. But I guarantee that when you join the mental dots between the basic moves on an enemy AI card and the character of the monster it represents, you’ll be applauding Isaac Childres too.

Character choice and party composition play a huge part in how hard your game is going to be. There are ways to tweak difficulty that the designer suggests, but these feel more like fine tuning.

Much more profound is picking characters that do (or don’t) mesh naturally together. This is most obvious when playing with two, as you’re that much more reliant on your partner in crime.

We still believe there are hidden synergies waiting to be discovering in clever character builds and tricky combinations… we’re just not clever enough to have found them yet.

But exploring this complex yet rewarding system is half the joy of Gloomhaven!

8. Don’t underestimate the joy of stickers

All this is great but it misses one very important point about Gloomhaven: you get to put stickers on the board.

This may not seem like big deal to you, but it’s the kind of insightful commentary we believe no Gloomhaven review is complete without.

We thought the stickers were no major thing as well. Then we unlocked a new location and got to place one. In an increasingly digital world, one thing we enduringly love is the tactility offered by this medium. Gloomhaven’s stickers are a great example of that.

It’s not really a proper legacy game (see below), so really, this is just a bonus. Don’t snarf at the stickers. Seriously. Stickers are great. Embrace the permanence.

The issue of whether Gloomhaven is a legacy game is kind of murky, and with good reason.

With those lovely stickers you’ll make pretty permanent changes to even starting abilities, which will affect anyone playing that class in future – even when they’re starting a new character.

As you go through the game you’ll add new cards to some decks and be invited to ‘discard’ others from your game. The discard icon is kind of misleading as it appears to show the card being torn in two. (I’ve heard the designer regrets this decision – apparently they aren’t meant to be destroyed!)

There’s definitely legacy-ish elements in there – the question is: how hard do you want to lean into them?

Me? I’m hedging my bets. The stickers are going on, while the cards remain intact (but in a separate bag).

That said, I struggle to discard even the cardboard left behind once I’ve punched out a game’s components, so you don’t want to listen to me.

I’m seriously tempted to embrace the destruction. Because, honestly – am I ever going to finish this? I love this game but I’m not completing the campaign any time soon.

If you’ve managed to complete Gloomhaven and expect that you’d like to do so again one day, I’d like to know where you keep your time machine.

In turn, I’ll tell you all about Sinister Fish Games’ brilliant innovation of removable stickers.

No more permanent changes to your copy of Gloomhaven!

For me the legacy aspect is kind of a moot point. But if it bothers you, it needn’t be a deal breaker.

We’ve tried playing this after a few… refreshments. We will inevitably do so again. But let’s be clear – we will do so because we’re very slow learners, not because it’s a good idea.

If it weren’t obvious by now, Gloomhaven isn’t a casual experience.

It demands your attention: the juggle does get easier as you play but the challenge of optimising your limited resources never goes away completely. This is one to be played with a clear head, and ideally, other equally focused teammates.

That said, the game takes a while to set up and play, so Boards & Booze does recommend factoring refreshment breaks into your Gloomhaven planning. Just not alcoholic ones. (Do as we say, not as we do. And you don’t need to wait for a full Gloomhaven review for that one.)

One Thought on “Almost a Gloomhaven review”