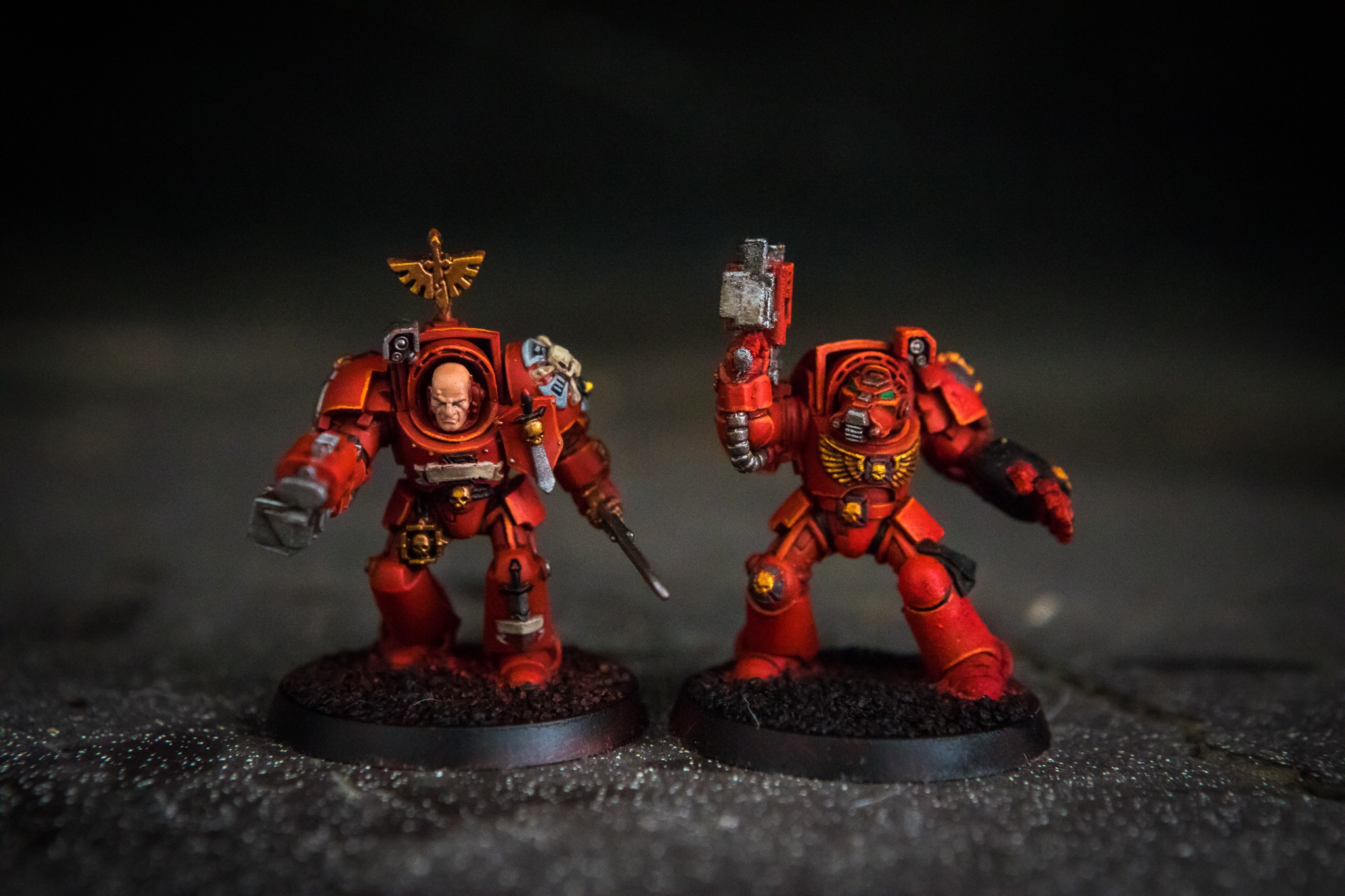 Hello 2019! We’re back, refreshed by a steady festive diet of cheese and tinsel, and raring to go.

But while we’re as committed to bringing you scarcely coherent board game coverage as ever, that’s not all we have planned.

Did you know that the Boards and Booze team are actually real people? Astonishingly, we’re not self-aware algorithms cooked up by the very fabric of the internet.

The team have some very personal goals for 2019 that we’re going to share with you here. Well, the relevant ones anyway…

Tackle my RPG pile of shame

There’s an embarrassment of riches in the world of modern tabletop RPGs. And I should know, because many of them are sitting on my bookshelf.

I sometimes ask myself whether I like reading RPGs more than I enjoy playing them. I’m still pretty sure the answer is ‘no’ but unless I pull my finger out this year and get something to the table I’m on shaky ground.

(It might also be an idea to stop buying them and adding to the pile of shame, but that’s a resolution for another year.)

You’d think picking a game to start would be easy with so much choice on the shelf. Look, go on: just ignore all the D&D sourcebooks on your way in.

See, here’s Tales From The Loop, a game that could only be more charmingly 80s if the robots from Batteries Not Included were playable characters.

Perhaps madam would prefer Rhapsody of Blood, the brooding gothic Castlevania/Dark Souls mash up that I picked up at the UK Games Expo?

No, I don’t have a copy of Legacy: Life Among The Ruins by the same designer, I’m afraid. Why, are you selling?

I do have something illustrated by the same artist though – the astonishing-looking Spire.

A world where dark elf insurgents rail against their high elf oppressors in a tower that itself might be alive? China Mieville called: he’d like some of his awesome back.

Oh, you want something spacier? Well, Flotsam: Adrift Among the Stars should arrive in a few months so we can explore life on the wrong side of the future space tracks together then.

And if you want to get really indie, there’s always The Quiet Year to keep us going while we wait…

I WILL complete a campaign of Imperial Assault this year if it kills me.

It all started with such promise. We raced through two thirds of the base game in record time. But then life and repeated trouncings got in the way.

The game has been on hiatus for nearly 18 months at last count.

We stopped just as the Jedi character got their lightsaber. How is that even possible?

Never mind. The Empire will reign triumphant in 2019, that I promise. Even if I have to kidnap my players and turn each one to the dark side individually.

I love Merchants & Marauders. It’s not the most elegant game in the world but it’s beautiful, fun, and oh-so piratey.

The game drips with theme. It’s a barnacle-encrusted treasure chest of buccaneering.

It doesn’t get to the table as often as I’d like, admittedly. But when it does it looks incredible. It takes ages too, making it something of an ‘event’ game. It’s therefore definitely deserving of further beautification.

So, I’m painting up the ships, I’m going to swap out the cardboard coins for metal ones, and I’ve got to figure out some way to fit the expansion content into the base box too. (Of course, I also have to punch out all the new bits and paint the expansion ships first.)

I actually started this project the year my eldest daughter was born. I reasoned I’d need something to occupy my evenings in lieu of actually leaving the house.

She is now four, I still don’t go out, and Merchants & Marauders remains resolutely incompletely pimped.

I’ve painted what feels like 400 little boats to date (badly): I estimate that there are approximately 400 left. Best get cracking.

Anyone know where I can buy tiny skull and crossbones transfers from?

Anyone with a keen eye for detail – or come to think of it, any eyes at all – will have noticed a trend in most of our coverage last year.

Kingdom Death Monster, Gloomhaven, Imperial Assault: you name it, they have one thing in common. The miniatures in these games remained dangerously unpainted for much of 2018.

But late last year I picked up my Kolinsky sable hair brushes once more, after a roughly quarter of a century break.

Really eagle-eyed readers will have noticed a few painted figures creeping into our writeups as the year wore on. And you know what? We like it!

After dipping my brush back into the pot for the last few months, it’s become a hobby I really enjoy.

It’s also one that’s totally transformed since I was a kid in the 90s.

The wealth of content on painting online is staggering, and all you need are a few paints and the desire to learn.

The online community is also a place that seems blissfully free of toxic attitudes. Just posting your latest painted mini online is a great way to get positive feedback  and encourage you to get cracking on the next one.

As well as it being a personal hobby, it really can enhance the atmosphere of those games that you play with your friends.

For example, Imperial Assault is littered with iconic characters that seem a bit drab in their unpainted grey, but a lick of paint and those Royal Guards that seemed so terrifying as a kid are brought to life.

Multiple resolutions are for losers: for me, 2019 shall be the year of paint.

Get co-operative with Arkham Horror

But so far my time with it has been limited to the solo experience.

As B&B’s review will testify, I loved the Night of the Zealot campaign included in the core set. Since then, I’ve already started to get into the Dunwich Legacy expansion.

Despite enjoying the solo game, I’ve felt as though I’ve been missing something.

The dedicated fanbase (including the rather excellent Drawn to the Flame podcast) is generally in agreement that co-op is the optimal way to play.

To paraphase Eugene Levy in American Pie: playing tennis with yourself by hitting a ball against a wall is perfectly fine, but the game really comes into its own when you play with a someone else.

So, my aim in 2019 is to start playing a co-op Arkham campaign. My initial search for a local group through Reddit is looking positive.

Drawn to the Flame is also running a weekend event in London in March, which may be an opportunity to wear my ‘please help me fight horrific abominations’ sign around my neck.

The abundance of amazing games and excellent beers of 2018 meant that I wasn’t short of ideas for articles for Boards and Booze.

Unfortunately, life, Christmas and idleness got in the way of me turning these ideas into the (sporadically) witty and insightful articles you’ll find in these pages.

As a writer, deadlines are king. If you don’t meet them in real life you’ll quickly be fired (unless you work in local government or as a Spurs stadium planner).

So this month, I’ll be getting my diary out, and setting myself some deadlines for articles, which I intend to keep!

You head to your spare room (or games dungeon, or wherever you like to keep your games).

You’re greeted by the sight of a game that you’ve played once and never gone back to, despite really enjoying it when you did.

There may even be (shock, horror), GAMES YOU’VE BOUGHT AND NEVER ACTUALLY PLAYED.

Just before Christmas, I played Dead of Winter for the first time in nearly two years. I was the betrayer, and I’d forgotten how much I enjoyed the game. (Despite the group being decimated by zombies and alcohol, in just over three turns.)

There are hosts of titles, such as T.I.ME. Stories and Discover Lands Unknown, that I’ve not played but really want to.

You get the picture. Things like work, children and well, life, can make finding gaming time really difficult, but I would really like to make the effort to simply play more games in 2019.

Start designing my own game

I’m not the first, and certainly won’t be the last, person to think: ‘Hey, I’ve got a great idea for a game!’

This epiphany can be due to many things.

It could be down to having lots of fun when playing a game, which inspires you with your own idea which basically turns out to be a re-skinned version of the game you just enjoyed.

‘Terraforming JUPITER! What do you mean it’s made of gas?”

Perhaps it’s playing a game with a great IP, but lousy gameplay or flawed rules (looking at you, Dark Souls: The Board Game) and thinking ‘I could do better than that!’

I’ve fallen into both these traps. But I know there’s a great idea in my notebook (or my head) waiting to be turned into a game.