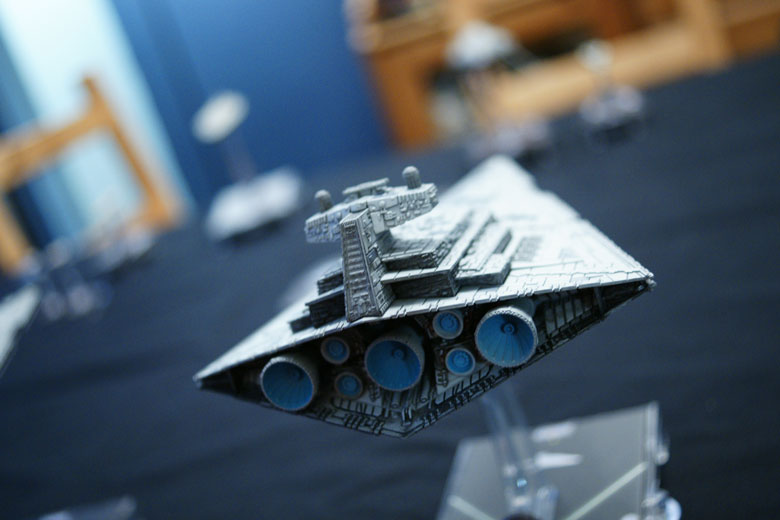 Six reasons we can’t wait for the UK Games Expo

There is now just one week to go until the UK Games Expo, and here at Boards and Booze, it’s fair to say that anticipation is reaching fever pitch.

Of course it is – we’ve never been before!

But why, you may rightly ask? (Especially if you’re not one of our UK readers.)

UK Games Expo: what is it?

With more than 16,000 (yes, really) people in attendance over three days, it’s the UK’s biggest dedicated tabletop gaming event by some distance. It’s not satisfied with taking up two halls of the NEC in Birmingham either, spilling out into the neighbouring Hilton hotel. There are going to be more than 300 exhibitors

While our excitement is purely for the purpose of finding more exciting content to fill the site with, of course. But just in case we had some less charitable reasons for going, let’s run you through what they might be. Theoretically, of course.

Anything you want, as long as it’s Star Wars

So the confirmation that all of FFG’s major releases from a galaxy far, far away are appearing on the tournament tables was music to our ears.

We’ve not gotten our claws into Star Wars: Legion yet, but what better way to get a feel for it than watching it being played first hand? Let’s be honest, it’s only a matter of time before we jump in. Probably about a week.

We love games designers. So should you: boardgames don’t just magically pop into existence, as our own failed attempts will attest to. We’ll be stopping by the playtesting zone to try and get the early drop on tomorrow’s smash hits.

Oh, didn’t you know? That’s right – the UK Games Expo has a dedicated section for prototypes and playtesting game concepts across all three days! Now you too can be a part of gaming history and the best bit is that all you have to do is sit down and play boardgames.

There’s no point in beating around the bush: custom game inserts have changed our lives. Seriously, have you tried to set up Gloomhaven just using baggies?! We tried: it’s a bad idea. We’re also probably on a government drugs watch list as a result.

Basically Wooden are a UK-based (the UK-based?) manufacturer of organisational loveliness and you better believe that we’re going to be bothering them on their stand at UK Games Expo until they say nice things to us.

It’s a laughably poorly-guarded secret that Games Workshop’s tabletop straddling behemoth has its gnarled fingers around many of the B&B teams hearts. One of us even had their painted Deathmaster Snikch (from a time way before Age of Sigmar, kids) on show in the Bolton branch of Games Workshop.

If they try to tell you that moment wasn’t a high point of their life, they’re lying.

It’s been a few years since we’ve dabbled properly in all that hilarious grimdark , but the arrival of Kingdom Death: Monster has reignited our passion for miniatures. And let’s be honest, there aren’t many conversations about miniatures that don’t feature Games Workshop in there somewhere.

We don’t care that our houses aren’t big enough to hold one of GeeknSon‘s stunning gaming tables. We still want one.

In fact, our biggest gripe is that they’re, honest, decent, talented people who have no intention of rigging their prize draw so that we can win one.

Yes, you heard right: there’s a prize draw. For just a few of your English pounds and a spot of luck, you too could walk away from the UK Games Expo with a custom built gaming table.

Probably easier to get it delivered, mind.

Look, the site is called Boards and Booze. What did you expect?

One of the joys of travelling by train is the opportunity to indulge in one of our other passions: excellent craft beer.

The list of post-event refreshment has been almost as hotly debated as this list but one thing we do know is that we’ll be indulging in some of the UK’s most exciting brews. Bosko (pictured above), from the London-based Pressure Drop will definitely be coming with us. But if you see someone on the train raving about the exciting Patrons Project Rhubarb Sour from Northern Monk, or tucking into a Beavertown Heavy Water with an uncomfortable amount of gusto, chances are that it’ll be us.

The list of reasons to go really doesn’t end with us: the UK Games Expo is a huge deal on this side of the pond, and with good reason. There’s cosplay, organised events, and the chance to discover amazing new games that you never even knew existed. It’s a genuinely family-friendly affair to boot… but remember that you don’t have to be a child to enjoy having your face painted.

What are YOU most looking forward to?

The UK Games Expo takes place over 1-3 June at the NEC, Birmingham. Tickets and more information are available here.

One Thought on “UK Games Expo: six reasons to be excited”