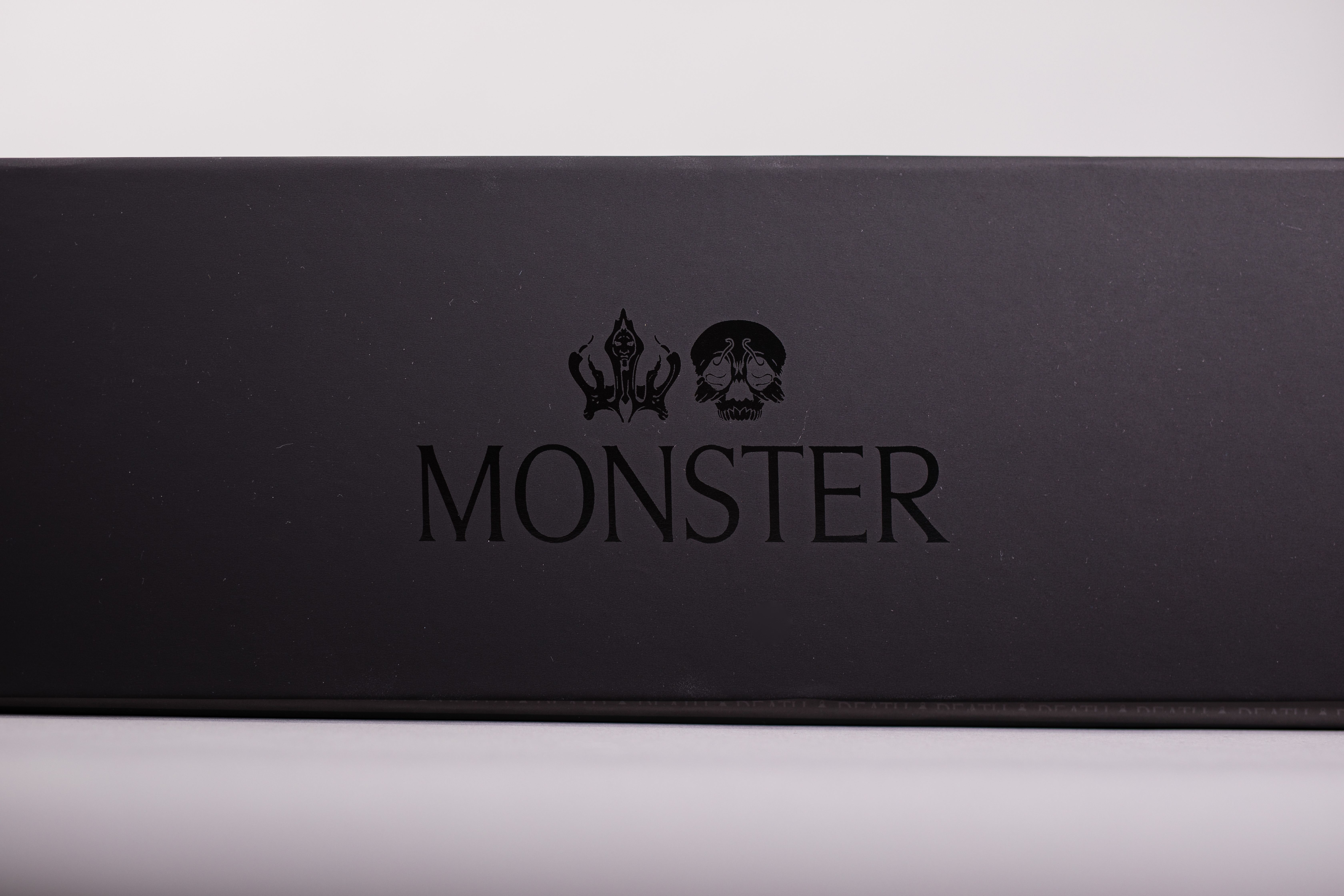 It’s not exactly a game you pick up and play so while we’re busy supergluing our fingers together and constructing its bleak, genitalia-obsessed, but damned unique world, let’s take a look at what’s in the box.

There is no getting away from the fact that this is a hobby game. Using the phrase ‘some assembly required’ is a bit like the warning ‘contains nuts’ on a packet of dry roasted peanuts.

Instead, that there’s a web link to the detailed, detailed instructions on how to construct the game’s many intricate miniatures, emblazoned on the giant box that all the pieces come in.

Underneath the miniatures and the boards is the cunningly-designed tray, wherein sit the cards and tokens that power the game proper.

There’s a lot going on here but once you get over the visual onslaught of seeing all that cardboard in one place, the sheer craft involved in making this game begins to emerge.

The key pillars of gameplay are hunting monsters, fighting them and civilisation building (Yes, this is an enormously reductive way to describe the game but what do you want? This is an unboxing!).

And there are cards for everything – from gear to AI for the enemies – which the game does make some effort to organise.

That said, it is worth pointing out that if this were a traditional unboxing, you would get to see the organic process of the package being opened and spilling out in its raw form across the table.

Kingdom Death: Monster is anything but traditional. So, in the interests of full disclosure we should admit that the panic attack brought on by the sheer scale of the game means that we’ve blanked that process almost entirely  and have photographically skipped to the point where everything is now neatly organised, thank you very much and yes I’d like to sit down now.

Kingdom Death: Monster famously comes with a hefty price tag but on arrival it’s easy to see why. This is a premium product. The box alone is incredibly tactile. Everything within the box has been made to the highest standard.

It’s something that’s hard to convey through pictures alone but trust us that if nothing else, you can feel where that £300 has gone.

The game, and the Kickstarter campaign itself, is not without its controversy, only some of which is to do with the price.

The game’s depictions of the human body and sexual imagery certainly do enough to warrant an ‘adult content’ warning, and some of the additional content available would certainly appear to raise serious questions about where body horror ends and objectification begins.

That’s a discussion for a whole other article or internet forum, but suffice it to say that as reasonably normally-functioning adults with partners and children we were relieved to find that the core box itself, while undeniably adult in nature, doesn’t contain the more egregious content that Kingdom Death: Monster is notorious for.

(We don’t have any of that extra content, nor did it form part of our Kickstarter pledge, so we don’t feel qualified to discuss, or defend, it here.)