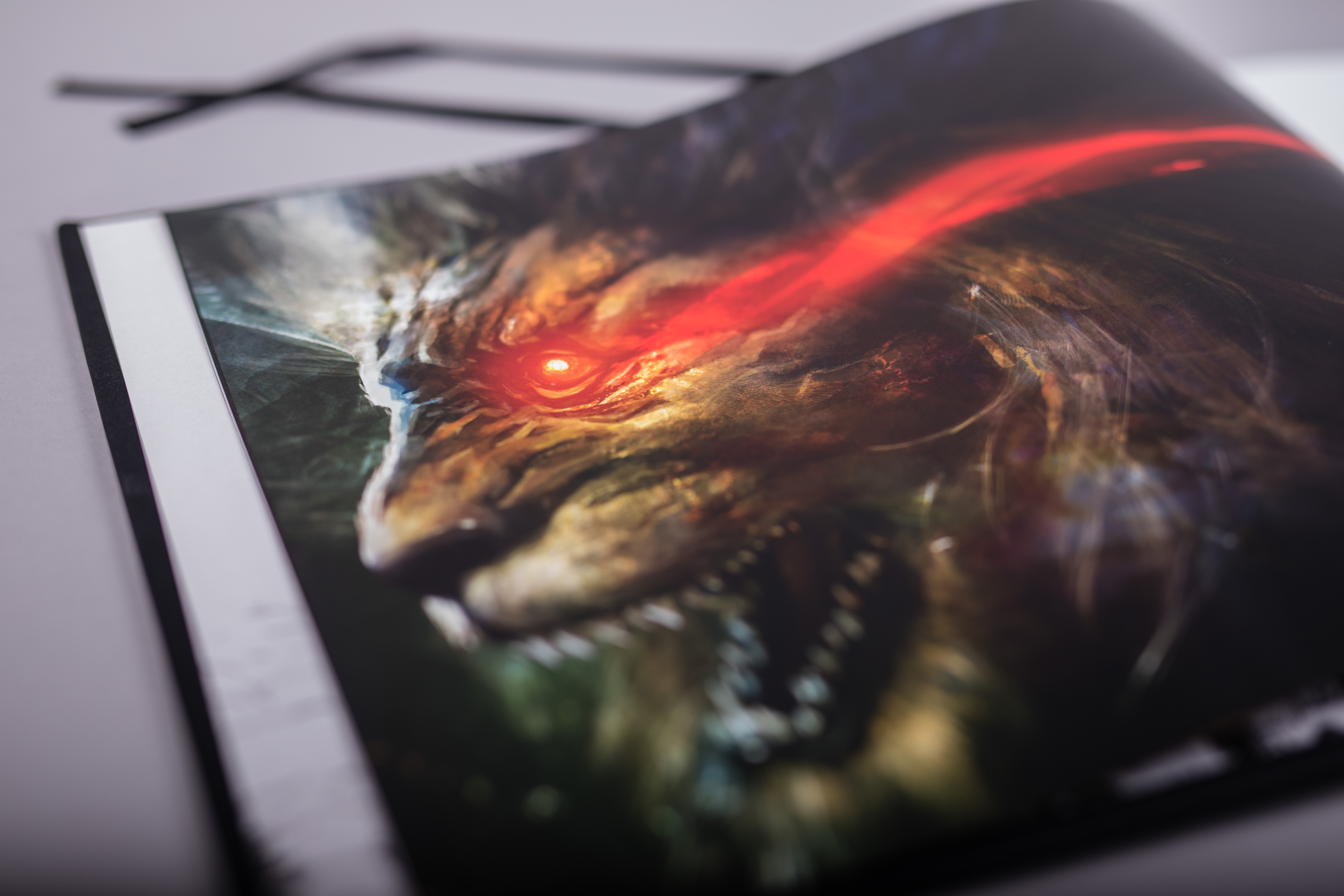 10 things we learned in our first 10 hours with Kingdom Death: Monster

As one of the biggest-grossing Kickstarter campaigns ever there are thousands of people in the same boat as us when it comes to Kingdom Death: Monster – anticipating their first steps into the twisted world of creator Adam Poots’ imagination.

But it’s not as simple as tearing off the shrink wrap and diving in to this £300 boardgame behemoth. 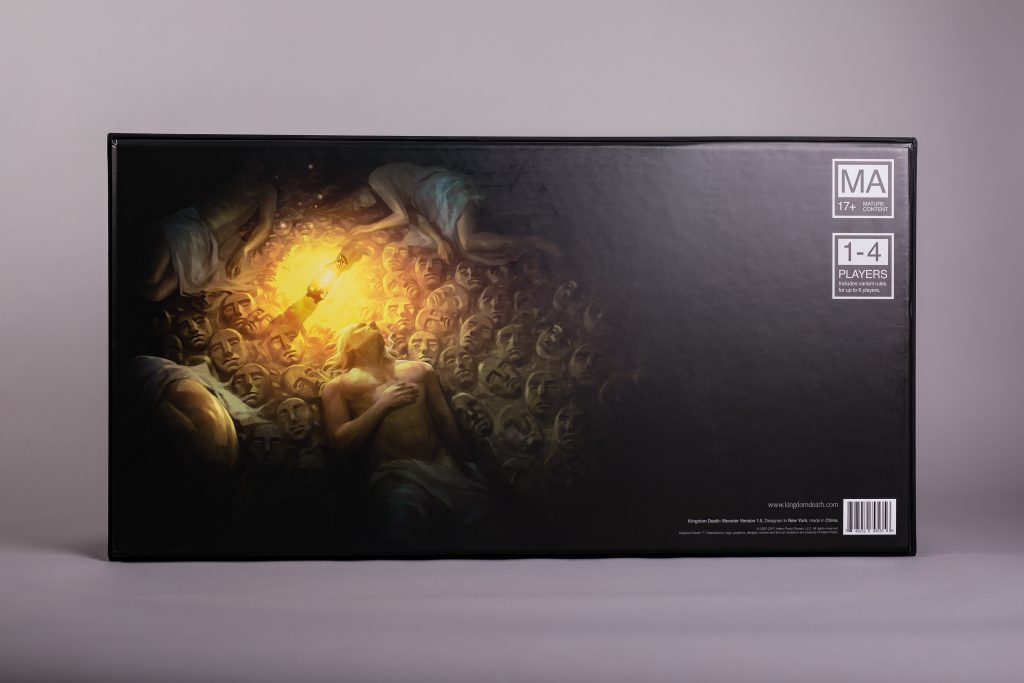 The sheer scale of Kingdom Death: Monster leaves a few hoops to jump through before you can really get to grips with the game… not least of which are organising the vast box and building the army of intricate miniatures that lay in wait inside.

So what’s the fuss all about? Well, the game is too vast, and our experiences in it too small so far, to give you a full review just yet (although we will happily admit to being more than slightly obsessed with it at the moment).

Instead, let us share with you our experiences of the first ten or so hours spent actually playing the game.

For reasons that will become apparent if you read our unboxing article, we’re taking artistic licence regarding the sorting and construction of this monster (pun intended) to skip straight into our impressions after ten hours of actual gameplay.

Unlike our playthrough, this is spoiler-free so read without fear!

Much has been and will be written about Kingdom Death: Monster but if it does one thing above all else, it’s create stories.

Remember that time your last remaining survivor went toe to toe with a Screaming Antelope and somehow managed to beat it to death with her bare hands?

Or when your settlement was first faced with the death of one of its own, opting to consume their dead rather than let the cursed earth take them?

Some (such as cannibalism) come from defined events in the game’s storyline, but many, many more will come from gameplay itself. If that sounds like something that’s up your street, you’re on to a good thing with this!

There’s one quick way to sum this up. Hate dice? Don’t play this game. At some point, very early on, something terrible is going to your character or group, because you rolled a one.

Some people see this as unfair. They can’t help it. (And hey, the uncomfortable truth that you suck at rolling dice is a difficult one to embrace. We’ve all been there.)

If, on the other hand, you’re comfortable with putting yourself at the mercy of random chance then roll away, friend… And laugh/cry as you realise that every good roll is just you cheating your inevitable death for a moment longer.

Typically, it is its own beast, simulating a reasonably complex showdown between the survivors and the stars of the show, its menagerie of monsters.

While the card-driven nature of the AI means that on occasion you can get caught in a loop, it also means that you can learn your opponent’s moves during the course of a fight; that it’s possible to watch how they fight and react accordingly. In action, this is fascinating, compelling, and yes – somewhat terrifying. As it should be! You’re relatively puny humans, fighting enormous, powerful monsters: the margins for success are there, they’re just slim.

(And yes, we know that we’ve just told you it’s hilariously random, but this point still stands. It’s a paradox. Sue us.)

As a physical object, Kingdom Death: Monster is gorgeous. It’s tactile, it’s expansive, and with its presentation, makes no bones about its status as a luxury good (in a marketplace which is debatably made up entirely of luxury goods).

Don’t get us wrong – the aesthetic of Kingdom Death: Monster certainly isn’t for everyone. You need to be comfortable with nudity (male and female) for a start, and the artwork in the (also gorgeous and tactile) rulebook can vary, but spill the game across any tabletop and I defy your audience to walk away unimpressed.

And the miniatures! We actually don’t talk about them enough, but the craftsmanship on show is really quite something, if intensely detailed plastic floats your boat.

(Don’t believe us? Just scroll through the game’s vibrant Reddit community and see for yourself what people far more talented than we are can come up with.)

And by deep, we don’t mean it speaks in cryptic phrases and enjoys staring moodily out of windows. Rather, what we’re talking about is a relatively simple cycle of gameplay – settlement, hunt and showdown phases – that hides a far richer experience than you might expect.

Your crafting options open up exponentially after just a few hunts, and everything you can make has an impact on gameplay. The AI decks for each quarry contain many more cards than you will use in each showdown so that you’re never totally sure what moves you’ll be facing. (Don’t be fooled into thinking that the game is limited because the core box only comes with a handful of adversaries to fight.)

There are choices to make about how your settlement grows as a society – and each one has ramifications.

The tone of Kingdom Death: Monster is dark. The game itself is unforgiving to the point of being capricious… and all that’s fine. It’s fitting, even.

And then you go and score a critical hit on, say, the groin of a white lion. The ensuing resource card – Lion Testes – bears the legend ‘a hefty pair of nuts’.

This isn’t a complaint as such – I’m little more than an overgrown man child so I’ll admit that it made me laugh – but it’s a little at odds with the direction of travel of the rest of the game. Which leads us on to…

It’s not for the faint hearted

There’s a reason we’re only talking about the first 10 hours of actual gameplay here, and that reason is miniatures.

Kingdom Death: Monster is part boardgame, part hobby – you do need to do some work here before you get up and running, and you are going to need to get comfortable with plastic glue and modelling tools.

We’ve discovered that we find the smell of plastic glue is surprisingly addictive. But trust us, that’s a bad route to go down, kids.

Yes, the box is bigger than my first car. Yes, it’s a crunchy, dense, chewy feast of gaming, but when you get down to it, many of the mechanics are pretty straightforward. The box aids set up, and each phase runs remarkably smoothly given the complexities of what it’s trying to simulate.

Kingdom Death: Monster earns further kudos from us for the way in which its prologue streamlines the entry point to the game.

Given the aforementioned barriers to entry (which also includes cost, on top of the challenges of building the damn thing), the way in which it helps new players (us included!) jump straight in to the action is something that’s easy to overlook, but deserves more than being taken for granted.

It’s violent, it’s bleak. It asks its players to shrug off punishing consequences caused by random chance and it throws ideas like mental health, suicide and coping with bereavement around like confetti. There is nudity, intercourse (and subsequent reproduction) and an anatomically-correct lion sculpture. All this is fine provided you’re all on the same page but be warned: there is some challenging material in this puppy.

It’s going to last you a while

Our first few games ran for a good couple of hours – not because each phase drags, but because it’s so damn compelling.

We blew through early showdowns fairly quickly, moving eagerly to the settlement phase to find out what else we could innovate back at camp and from there, moving just as eagerly to the next hunt.

Progress feels fast – and then you realise that you have tens of lantern years left to go. Seeing the end too soon isn’t your concern… keeping your settlement alive to make it there might be.

One Thought on “Kingdom Death: Monster not quite a review”