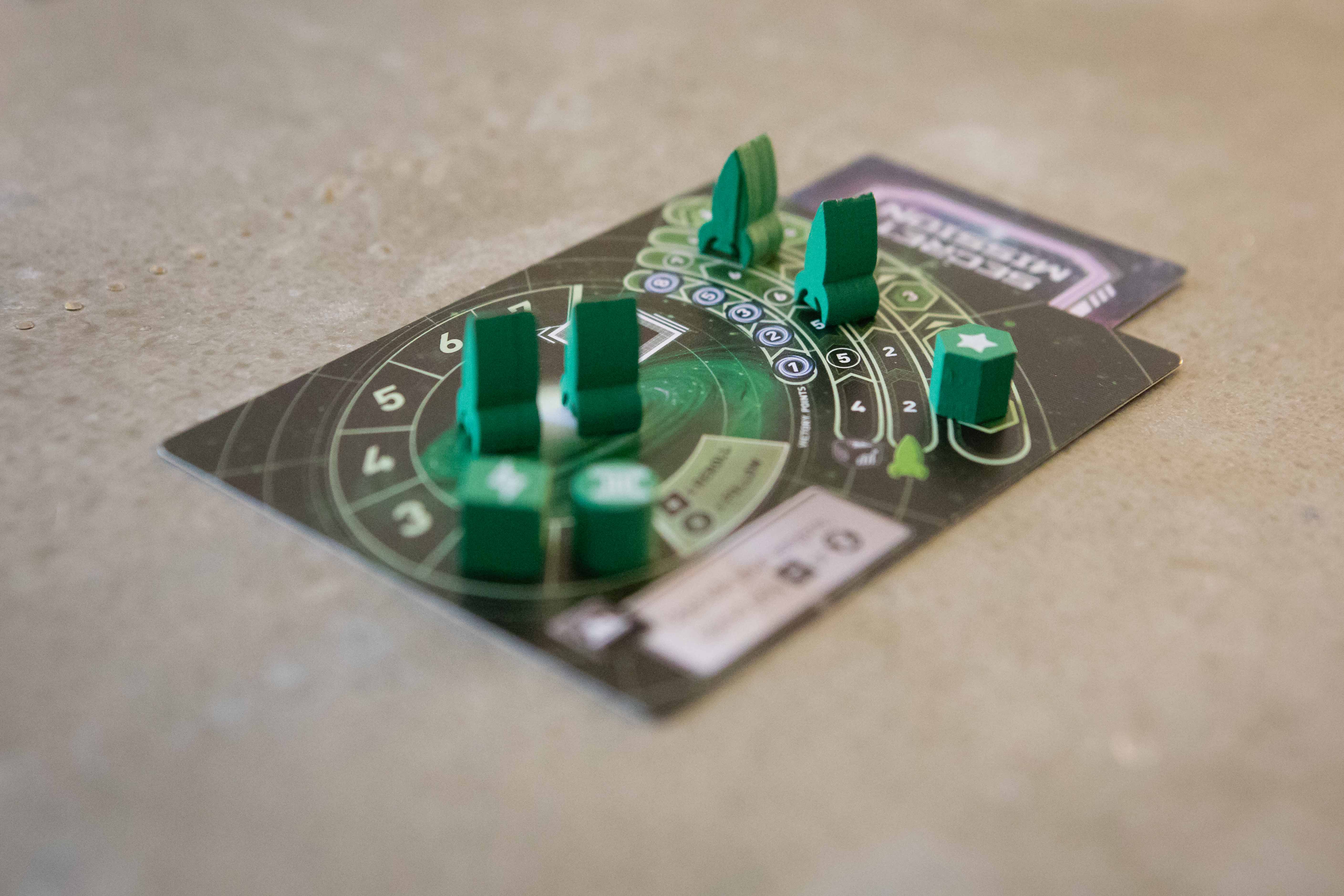 In space, no one can hear you scream.

Which is handy, because all they would hear are you cursing your feckless dice for not coming up with the results you need yet again.

There are no xenomorphs in Tiny Epic Empire, but there is plenty of hilarious xenophobia to be had as two or more players vie to be the first to spread their civilisation across the inky blackness of space.

Dice will roll, charming wooden spaceships will be placed with scant regard for the rising cost of rocket fuel, and everyone will marvel at just how much game is contained in this teeny tiny box.

It’s very civil empire building too, with plenty of interaction between players but aggression mostly limited to racing your opponents round the little colonisation track that appears on every planet you can add to your growing civilisation. There’s also a polite ‘follow’ mechanic that helps players further your own ends by piggybacking on the actions of others, which means it’s always worth watching what your opponents are doing.

So how is it decided when said civilisation is spread sufficiently thinly? (Or should that be thickly?)

Why, the accrual of victory points, of course, earned by improving the cultural import of your home system, and more pertinently, colonising others. Doing so not only adds their sweet, sweet VP to your total, it brings other delicious treats in the form of new abilities that see your empire become more effective at manipulating the dice and their results as the game goes on.

Those dice are all where it’s at, you see. Each player hurls a fist full of the custom beauties each turn, using the icons that come up to trigger the actions that drive the game forwards by generating resources to moving ships and Upgrading your culture – which costs resources – gives you more ships and more dice to throw each turn, potentially letting you gain more colonies and their handy abilities, or generate more resources with which to… you get the idea.

Because you’re at the mercy of those dice, and the random draw of cards that represent potential colonies, this engine building never gets too overwrought or predictable. The need to land your ships on planets and turn said planets into colonies is always breathing down your neck, so the abilities they grant feel like icing on the cake rather than the reason for baking in the first place.

Part of the joy of this game is how your response to those dice rolls changes as the game goes on and you begin to find uses for (almost) every result. As the endgame approaches, each roll unfurls into a plethora of options that seemed very far away at the beginning of the game.

That feeling of unpackaging is actually an apt one to describe the whole game.

Given what we all know about the infinite vastness of space, Tiny Epic Galaxies has no right at all to fit so much of it into such a small box.

It’s a clever, tight game design that’s matched by the attention to detail paid to the game as a physical object. Whether that’s the tray lid that’s expressly intended for you to roll your dice in (you know that’s the case, because it says so right there in it) or the way in which your colonies slide under your player mat to track your growing abilities, the game fits together so neatly it’s hard not to admire it.

If there’s one criticism it’s that it feels almost too civilised at lower player counts; with more players comes more interaction, and more opportunities to follow their move for your own benefit.

But that feels churlish to criticise in a game that does exactly what it sets out to do. It’s clean, it’s fast, and there is so much more strategy in there than is first apparent.

The scientists who think that space is infinite clearly have it wrong. It’s about 20cm wide…