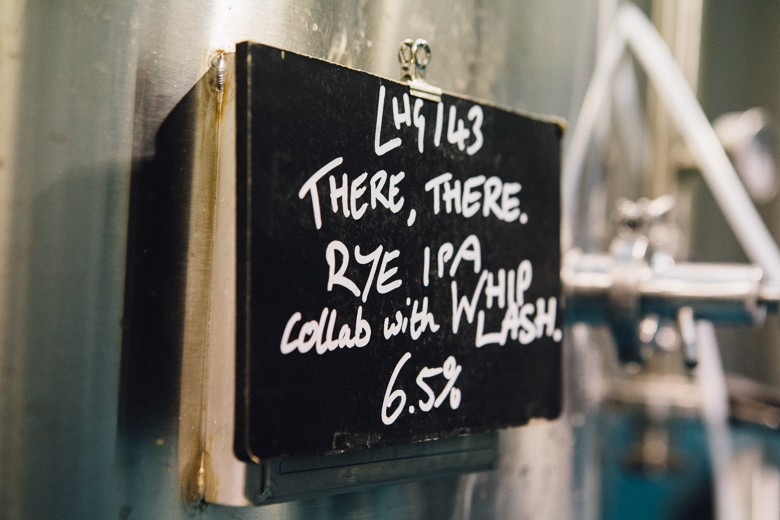 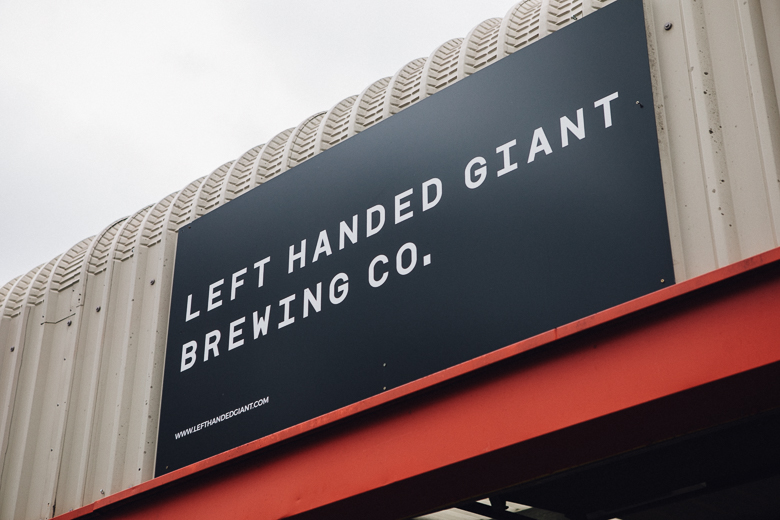 The craft beer industry is in something of a pickle, to say the least.

Small breweries already work on fine margins. The hospitality industry is a difficult place to operate at the best of times. But of late, it’s been brought to its knees by the impact of the coronavirus pandemic – to say nothing of the impact that the changes to Small Brewer’s Relief is going to have on more than 80% of UK breweries.

Now, more than ever, the many small, innovative, and generally all-round wonderful craft beer producers of the UK need our support.

With that context, one brewer in particular has been on my mind a lot recently. That’s Left Handed Giant, who have not had the easiest time of it during the pandemic. Yet despite this, they’ve continued putting out a string of typically excellent beers – juicy, hazy and delicious, just how I like them. (Left Handed Giant have played a VERY large role in keeping me well hydrated throughout lockdown.)

My introduction to Bristol’s finest came two years ago now, but practically since that point, they have rarely been far from my fridge.

Every year, Boards and Booze holds an AGM. It’s a magical event, filled with increasingly complex board games, played until 5am and an incredible selection of beers.

At our 2018 meeting, each member of Boards and Booze brought along a selection of their favourite beers for the other members to try. Chris King, our chief beer writer, always seems to have the edge in this department and always finds the most wonderfully esoteric beers. That’s probably why he got the job – there’s a reason his business cards read ‘Thane of Flavourtown’.

The day after the AGM is the point at which we divvy up the remaining beer stash. While everyone else is walking around like sleep-deprived zombies and muttering under their breath at me for hoovering up all the gold in Gloomhaven, I try to swoop on it before everyone else.

In this process, I managed to get my hands on a beer called Cheeseburger Cavalry, which Chris had brought along. 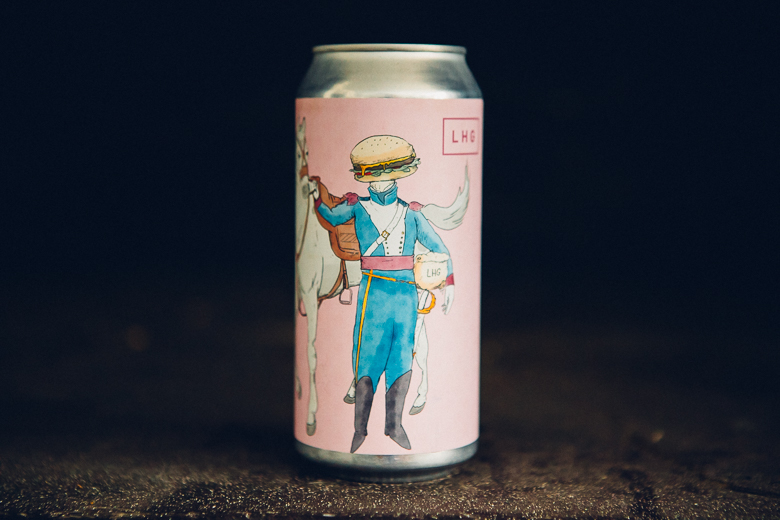 When I got it, I was a bit apprehensive. Cheeseburger IPA? Had I missed something? Had breweries started extracting the great taste of cheeseburgers and somehow infusing it into a beautiful hazy mix? Was this now the norm, proving I was just old and my finger was off the pulse?

Although I know my beers very well, my fellow Boards and Booze and members are ahead of me in this regard… or maybe it was just my shocking hangover kicking in.

The incredible artwork by James Yeo drew me in and helped me ignore the hangover. It reminded me of Prince Robot IV, drawn by Fiona Staples from Saga by Brian K. Vaughan. Anything to do with Saga immediately gets my attention.

A few days later I managed to finally crack the Cheeseburger Cavalry open. My mind was blown. It was an absolute game changer.

I had spent most of 2018 slowly coming round to hazy IPAs, but this tipped me over the edge. At this point you might reasonably expect some sort of description about the hops, tropical notes and piney finish, but that’s just not going to happen. I can barely remember what I did last week, and I drank that beer two years ago. All I know is that it was hazy, hoppy and I enjoyed every second of drinking it.

Land of the Left Handed Giant

Fast forward to March 2019. It’s my wedding anniversary. My beautiful wife and I are off to Cornwall for a week, and I am driving from London to Bristol to pick her up from her office there. Thanks to my traffic anxiety, I’ve arrived an hour earlier than needed, and I have nothing to do.

There are only two things I really know about Bristol: Isambard Kingdom Brunel and Left Handed Giant. As one of those has been dead for 160 years, I decide to pay Left Handed Giant a flying visit. 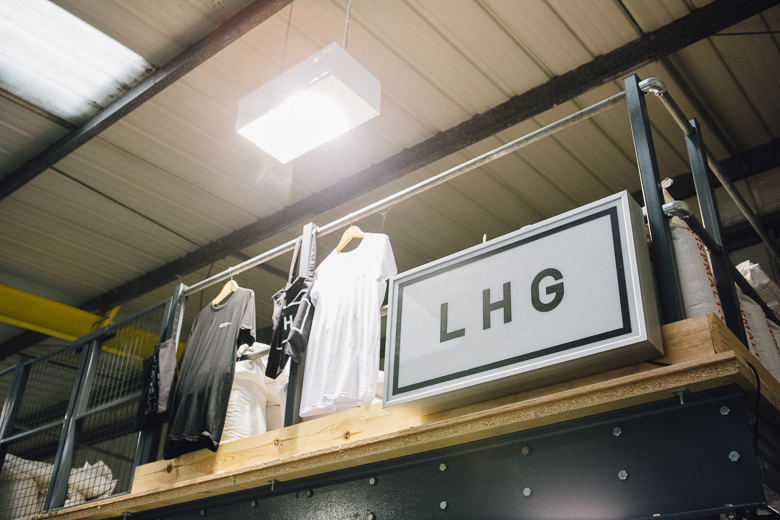 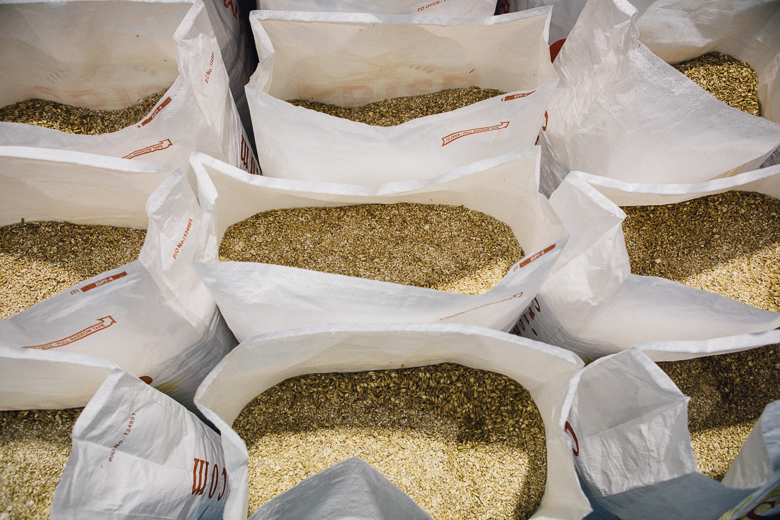 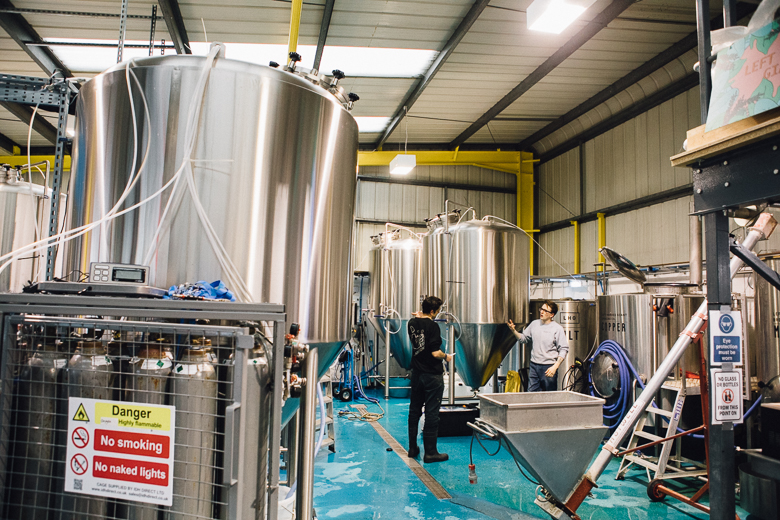 I turn up with absolutely no warning, and frankly, even less professionalism.

And yet, inexplicably, I am given a very warm welcome.

James is kind enough to show me around and let me take a few photos of their site.

It really does amaze me that such innovation can come from such a relatively small space. It reminds me of visiting the Sipsmith Gin distillery in West London even more years ago. They were making their gin in a garage yet totally disrupting the market, and I feel that Left Handed Giant have that same spirit. (Please ignore the pun).

As luck would have it, I time my visit with the canning of Honest Living, a 9.2% coffee stout. I’m lucky enough to get my hands on two of these, fresh off the production line, and yet again Left Handed Giant blow me away with another incredible beer.

I clear out their can store with some actual purchases and bid James farewell. Refreshed, with a laden-down car boot but a light heart, I start figuring out how I’m going to explain all the beer to my wife.

Stories like these are more common in the UK craft beer scene than many people realise. Friendly, passionate, committed people, brewing great beer.

They’re facing a difficult time of it and it’s on those of us who care about fresh,  innovative, independent brewing to help.

I’ve been doing my best to support Left Handed Giant by ordering (often) from their web shop during lockdown. If you want to do the same, you can find it at https://lefthandedgiant.com.

But you can bet that when life starts looking more like normal, I’m going back to Bristol, and straight to that tap room.

Time it right and I will hopefully see you there!