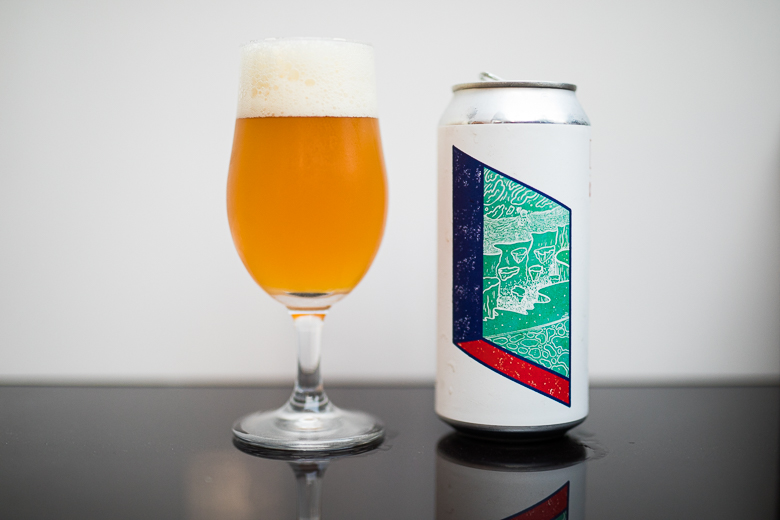 It’s safe to say that Mockingbird Dream was not what I was expecting.

A DIPA collaboration between Left Handed Giant and Deya comes with certain… expectations. This beer cheerfully defied almost all of them.

It’s a measure of how fully I’ve been indoctrinated into the current zeitgeist of hazy beers that I’m genuinely taken aback when one pours out clear. I should have realised – I’m sure it was described as a West Coast style somewhere when I bought it, but in between buying it and cracking the can open, my brain stepped in to decide otherwise.

In my defence, I move in beer circles that are dominated by haze. When two of the UK’s finest merchants of murk put out a DIPA collaboration, the last thing you expect is a beer that you can actually see through when it’s in the glass.

And Mockingbird Dream is just so disconcertingly clear.

That’s not to say it isn’t a good-looking brew. It looks the part; a deep, rich orange. The head doesn’t stick around forever but while it’s there it’s thick and white, proudly crowning a very attractive glass.

And then you drink it, and… ooof. 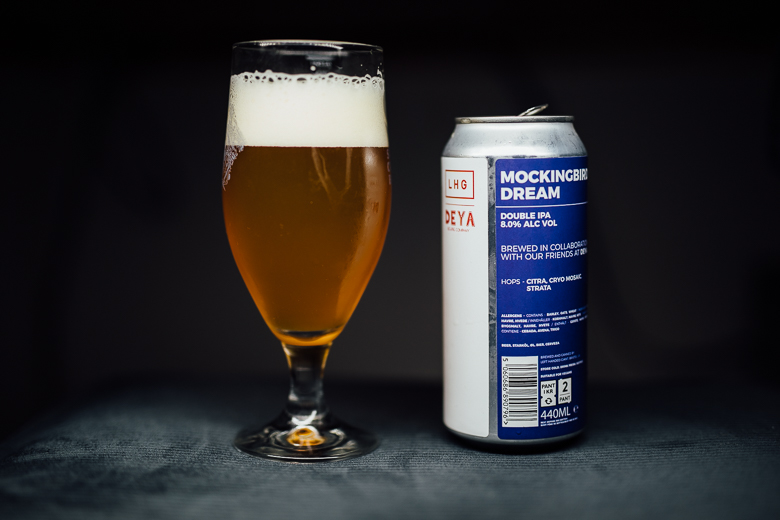 That first sip picks up any expectations you may have left and hurls them over the horizon.

Mockingbird Dream shoulders its way onto your palate like a brash house guest, brushing any protestations aside as it strides in and makes itself comfortable.

It’s the sort of beer that would rifle through your CD collection, comment loudly on your tastes, put everything back in the wrong place and sit down in your favourite chair. The thing is, it’s so damn tasty that you’ll forgive these transgressions – perhaps even faster than this analogy starts to break down.

In my little world, the juice bomb DIPA has become almost commonplace. Delicious, flavoursome, but almost dangerously crushable. You can sink a lot of DIPAs from Deya, Left Handed Giant and others without realising you’re drinking something that’s upwards of 8%.

Mockingbird Dream stands out from these like a sore thumb.

It’s absolutely loaded with flavour. Dank and resinous, it’s thick with overripe citrus and a hint of pine. This is not a beer you’re going to finish without realising it. Mockingbird Dream is a double IPA, and it wants you to know it.

It’s also really quite sweet. You may find it too sweet. There’s little bitterness lurking there; another unexpected departure from the hop profiles of its hazy, juicier cousins. Left Handed Giant have loaded Mockingbird dream with citra, strata and cryo mosaic hops, which goes a long way to explain its explosion of tropical, marmaladey flavours.

I’d perhaps like a little more bite to offset the sugar but chill the beer well and this gets dialled back a little. For me this is when it shines.

It’s probably too sweet to be properly old school. But it’s definitely not in the modern style of soft, pillowy, beers either. If anything, it comes through as a modern interpretation of an old-school classic. It’s an homage to the classic West Coast IPA, viewed through the lens of a love affair with fruity hops.

The thing is, if the Mockingbird Dream packs this much of a punch, one has to wonder… what does a Mockingbird Nightmare look like? I have no idea, but I’ll be damned if I don’t want to find out. Left Handed Giant and Deya, if you’re listening, you know where to find us…