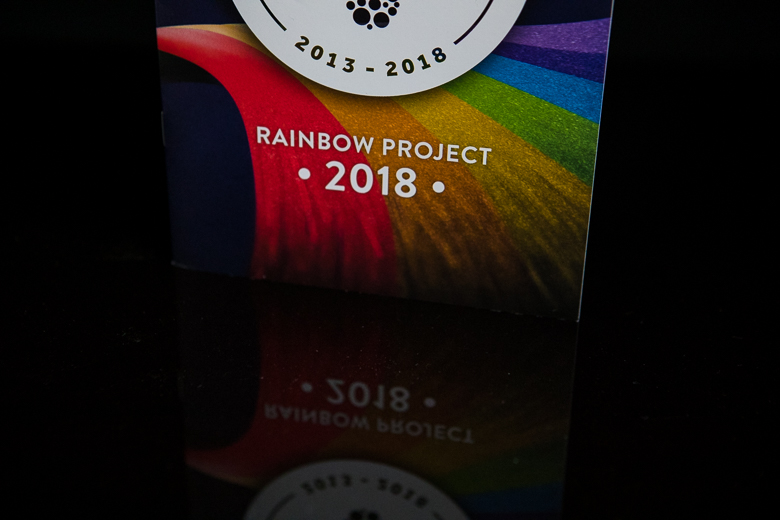 This review of the Rainbow Project 2018 was originally going to be a little… bittersweet.

When we first wrote about this year’s collaboration, we were expecting it to be the project’s swan song. But we have rarely been this happy about being wrong!

The frankly marvellous news broke last week that the Rainbow Project 2018 will NOT be the last. Siren have passed the torch on to Left Handed Giant (LHG), a young Bristol brewery that ‘s been making waves, not to mention delicious beer, since opening three years ago.

LHG will head up a new collective of younger breweries who will look after the project for a few years before hopefully handing the baton on again further down the line. Aren’t craft breweries amazing?

Barrelling out of control

Keen as we were to dive in to this year’s offering, beers of this magnitude take time to brew. They demand time to assess properly too.

We’ve taken our sweet time to put this review together but if you want to track any of them down, we have it on good authority that they can still be found out in the wild.

That’s is kind of unsurprising: the project itself is admittedly about as beer geek as you can get. The Rainbow Project 2018 specifically is even more so. Not only is the initial premise fairly niche, but most breweries have opted to brew les obvious choices to boot.

The Rainbow Project 2018 is the year of barrel ageing – but it could easily be the year of the saison, too. More than half of the beers here are saisons of some kind!

What’s fascinating is the variety of expression on show, ranging from very classic takes on the style to sour brews and blended

Why is that, I wonder? Barrel ageing tends to be more readily associated with heavier beers and yet there’s only one barley wine here. And not a stout to be seen!

While everyone is busy defying expectations, there is really only one thing to do – dive in and get tasting the rainbow. 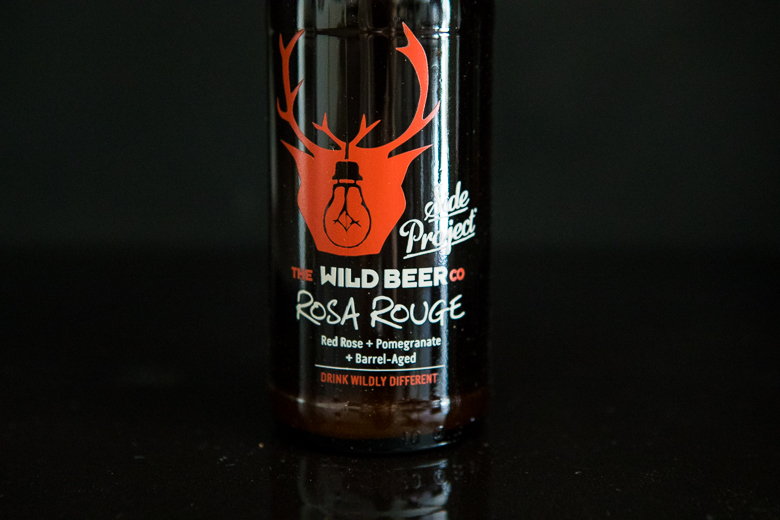 Rosa Rouge is one of several saisons gracing the Rainbow Project this year. And from the moment we pop the cap and get that distinctive aroma, there’s no mistaking it: we’re definitely in saison country.

Refreshment is the order of the day with this one, with a lively fizz and a lovely red tint carrying promises of fruit.

Put colour aside though, and Rosa Rouge is more subtle than you might expect. It’s sour, but lightly so, and the pomegranate and rose promised by the label are restrained to begin with. As the beer opens up, the sourness stays constant but the other flavours reveal themselves. With delicate rose and tart pomegranate contributing to an understated, even elegant finish, it’s anything but wild. But boy, is it tasty. 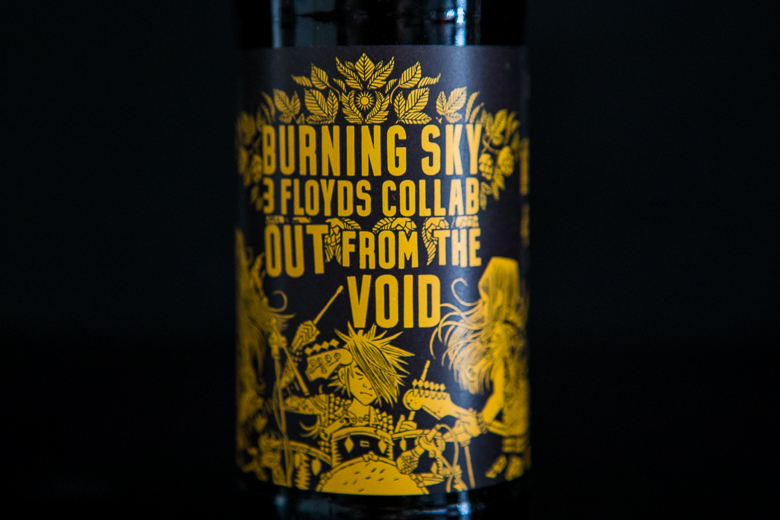 Holy moly. This one’s not messing around. Out From The Void is heavy, rich and sweet, as you’d expect from a barley wine – but without the cloying taste that can sometimes make them a bit much (for me, at least). At 11% it’s definitely punchy, and there’s no hiding from the warmth that spreads through your chest

It almost doesn’t taste like beer: it’s too decadent. Forget barley wine – it’s like drinking dessert wine. The flavours from the vanilla or Sauternes barrel ageing process don’t jump out particularly individually, but the union is a deliciously complex, rich whole. Out From The void takes no prisoners but when it tastes this good, who cares? 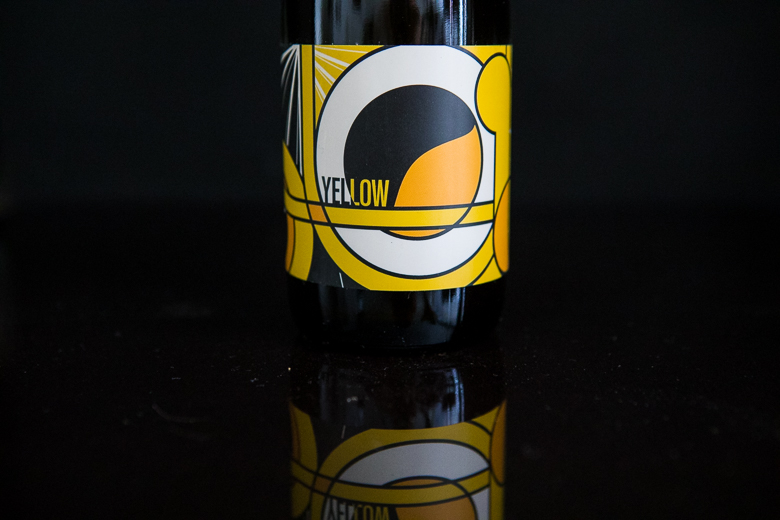 The first hit of Hawkshead and Modern Times’ sour saison is pretty full on.

It’s sour but earthy, and even a little spicy all at once, the flavours falling over themselves in their rush to get to your palate. But give things time to settle down and it’s a different story. The character of the wine barrels pokes its head up to say hello. It tempers the sourness, adding depth even as the apricots quietly let themselves in to the party too.

From colour and the packaging, I was expecting a beer that tasted like sunshine, but this isn’t that. It’s the welcome rays of autumn instead: sharper-edged, and infinitely more complex. In short, it’s pretty wonderful. 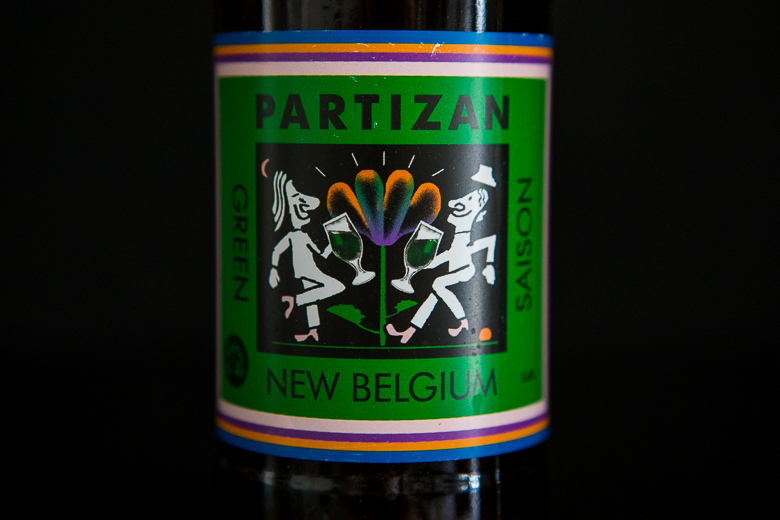 In an industry where freshness is so often king, the Partizan and New Belgium collaboration stands alone. This ‘green’ beer aims to showcase the flavour of aged hops – in this instance, through the medium of a barrel aged saison.

Beyond the aged hops, the brewers have played it fairly straight with this one. The end result is an assured, if comparatively less showy, beer.

If anything, barrel ageing seems to have smoothed out some of the sharper edges of a traditional saison here. The funk is toned down, paving the way for a distinctly bitter finish. In contrast to much of the rest of the Rainbow Project 2018, there’s no sweetness here. What it has instead is a clean woodiness that’s again, very different to the oakiness of most barrel aged beers. It’s perhaps not what everyone would picture for a green-inspired beer but all things considered it’s a clever take. If you like your saisions classic, clean and unadorned, you’ll find this one worth a try. 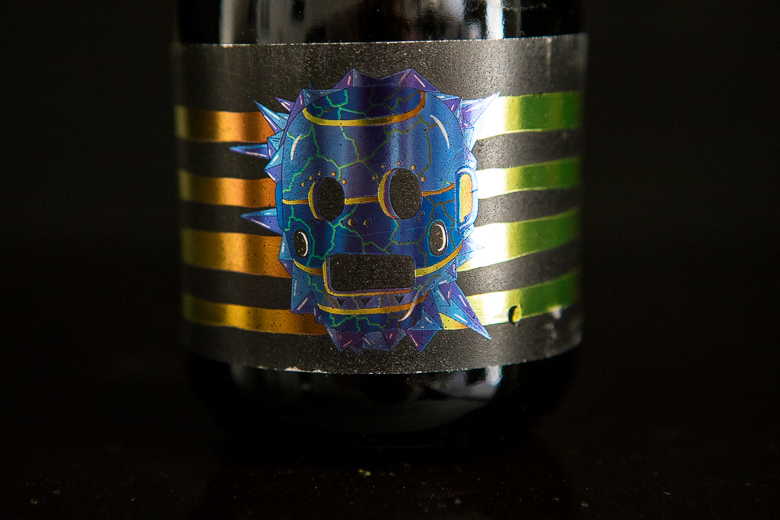 Hats off to Beavertown: they aren’t afraid to experiment. Their contribution to the Rainbow Project 2018 – a sour ale – is no exception. It’s very much an ale, with earthy flavours from the fuggles hops coming through from the off.

But it quickly deviates from that path, and this is where things get tricky. The beer isn’t just aged in barrels: terracotta amphorae get a look in too. I have no idea exactly what that brings to the party but the end result is as unique as it sounds. It’s certainly sour, and there’s a distinctly herby character to it – there’s a lot going on here, even for a craft beer.

The concept is brilliant, even if the end result is perhaps a bit too off the wall for my tastes. 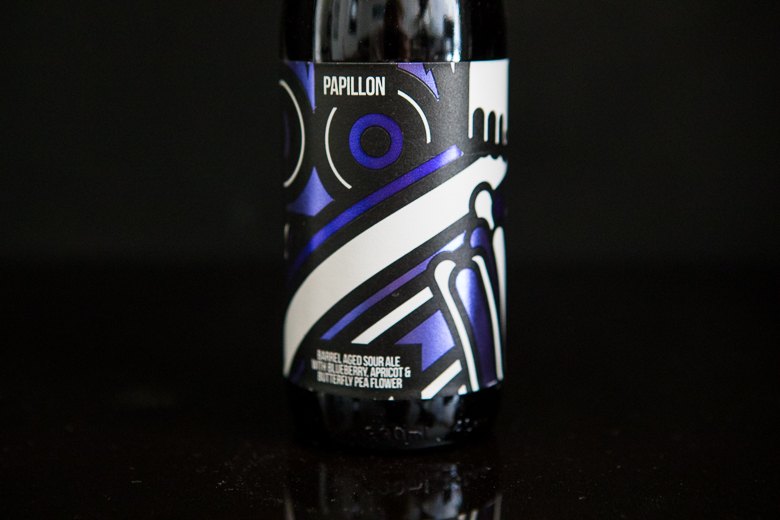 Wow. There’s no hiding the colour that inspired this one. It pours a deep purple. It smells purple (if you’ve not tried it, don’t argue. It’s a thing). And yes, it tastes like purple too.

It’s sour though. The first sip is as tart as you like, but the fruit in here doesn’t hang about. It’s there from the off, coming through in the finish and muscling to the front the more you drink. Blueberry and apricot are the stars of the show here, grappling each other to a stand off that’s only good news for your mouth. The blueberries are tangy, but they’re held in check by the softness of the apricot.

Papillon is terrifically drinkable but complex enough to captive your attention throughout. Sip follows sip, and before you know it, the glass is empty. Simply stunning. 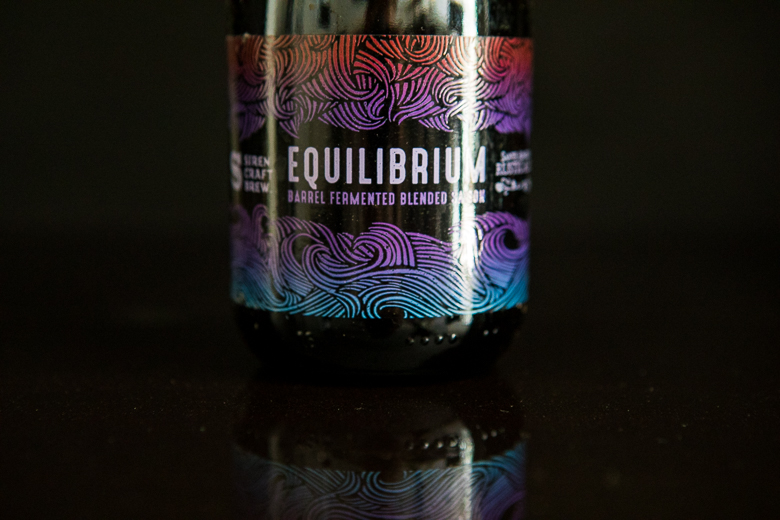 As you’d expect from the founders, Siren’s contribution to the Rainbow Project 2018 is something special.

The first dry hit is all saison – but there’s more going on here than first impressions suggest. Equilibrium is a blend, and its dual nature quickly becomes apparent. The saison flavour is swiftly followed by a sweetness that’s all Santo Del Frio. (That’s last year’s beer, a cold-brewed lager inspired by ‘blue’. To make Equilibrium’s ‘violet’ they mixed that with a ‘red’ beer – a warm-pitched red wine barrel aged saison. Siren, you crazy geniuses.)

Brilliantly enough, that experience almost reverses itself as you settle in. It’s easier to pick out the Santo sweetness at the front of each sip, leaving a subtle, dry finish instead.

Arguably, the complexity here seems to come more from the blend, rather than the ageing per se, but when a beer can be this delicious and this clever, who’s complaining?