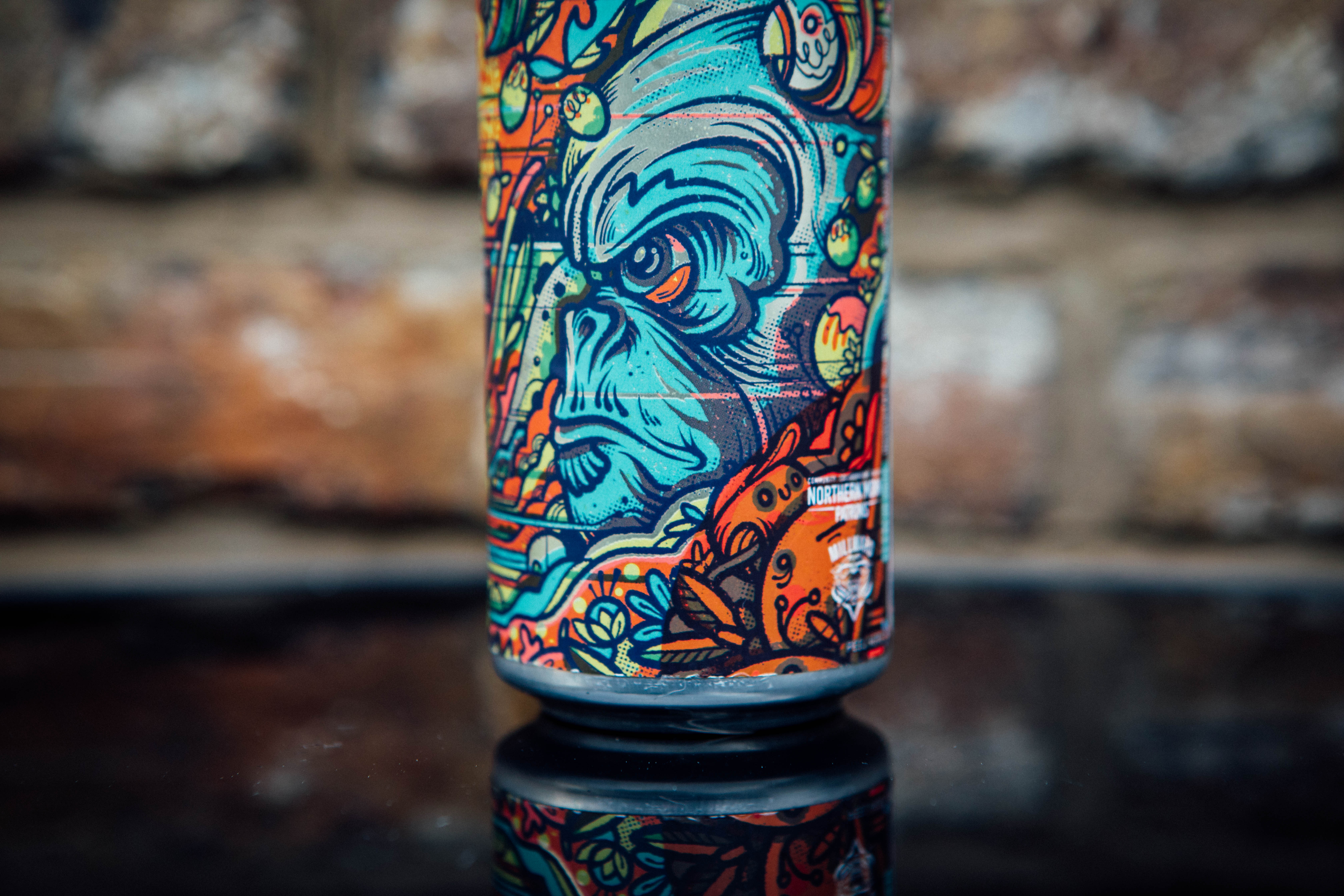 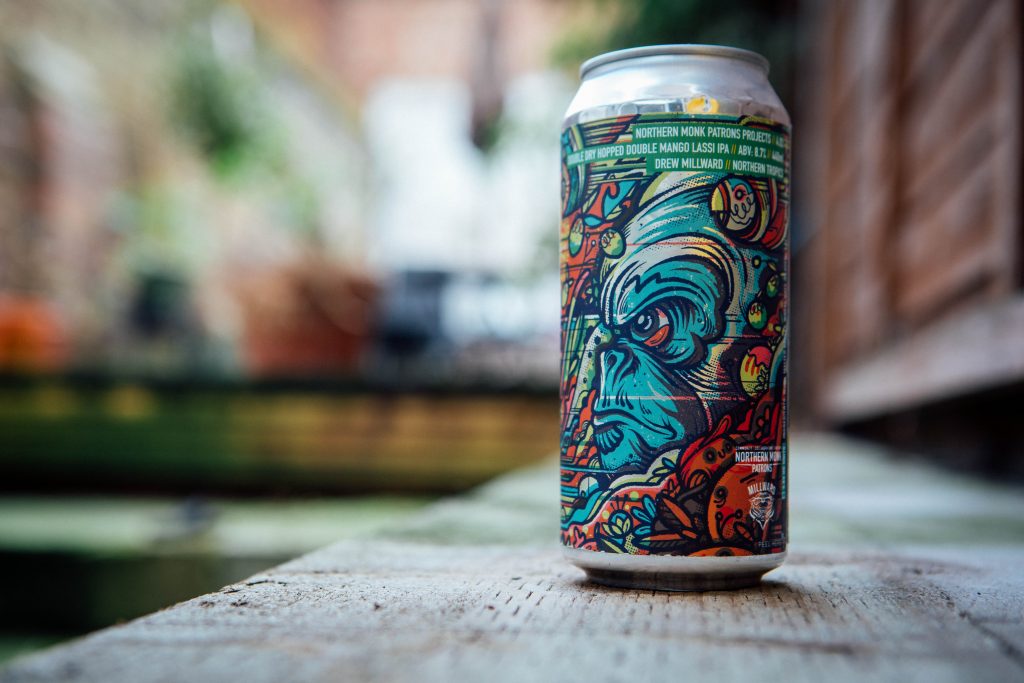 Let me save you the bother of reading this review of Northern Monk’s Patrons Project 4.03 DDH Double Mango Lassi IPA.

This beer is astonishing. Go and buy some immediately. Quick, before stocks run out, because it’s also a limited edition (I think).

At the last minute, this fruit-powered, hop-bombed double IPA steamrollered in over almost everything else I tried over the tail end of 2017 to become one of the best beers I drank last year.

At the risk of sounding over-excited, or gushing… wow.

But will you like it? Well, let’s be honest: you probably have an idea from the name alone.

(That name again, in case you’d forgotten, is as big a mouthful as the beer itself: Patrons Project 4.03 DDH Double Mango Lassi IPA. Having tasted it, I wonder if they purposely amped up the name so it could compete with the beer inside the can.)

The recipe says ‘double mango’. Now I don’t know how much mango would have been in a single but I don’t really care, because double does the job. They could have called it ‘mega mango’ and that would have worked too. Because this beer doesn’t hold back on any aspect.

The fruit hits you immediately, even before your first taste – which is both as sweet and strong as that first aroma promises it’s going to be.

It’s almost aggressively full-flavoured, leaving your palate absolutely nowhere to hide as an onrush of soft fruit flavour and bitter hoppy tang sweeps in. Don’t forget what the not-exactly-sessionable ABV brings with it either: this beer is 8.7%, and you better believe you’re going to know about it.

The punch of the alcohol, paired as it is with the double whammy of that obviously-hefty hop bill and the bitterness that follows, stops it from being TOO sweet. By the time your tastebuds stop reeling from that initial onslaught; by the time they start being able to relish the long, fruity finish, you’re already raising the glass to your lips for another sip.

At least, I was. For this writer – an avowed fan of fruit, hops, and debatably unbalanced flavours, this beer was pretty much perfect. I enjoy extremes, so let me leave you in no doubt that this is not a middle-of-the-road beer. 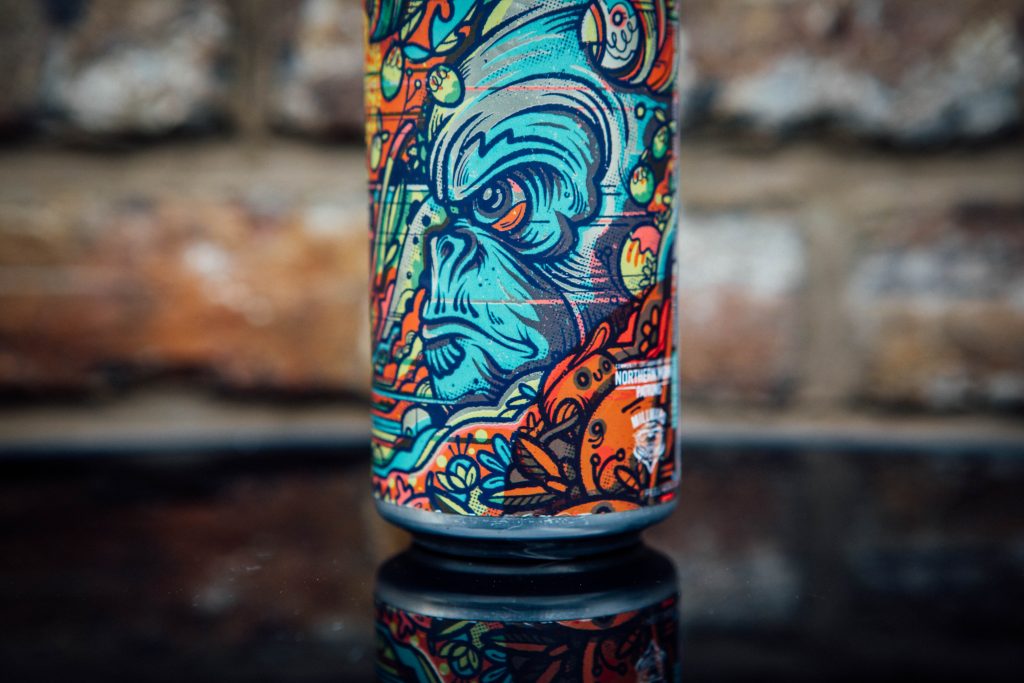 It’s more complex than it first appears too, with a lot of flavours to sift through and process as you work through the 500ml can. (Thank you Northern Monk, for not making it a 330ml and thus making it finish too soon.)

I don’t know if it was my mind playing tricks on me – drawing from the ‘lassi’ in the title to join up dots that simply weren’t there, or whether it was just the alcohol content settling in to make itself known to my tongue and throat, but a spicy warmth crept in as I drank, adding to the exotic allure of an already out-of-the-ordinary brew.

This is not your grandparents’ pint of mild.

I’m not often a fan of words like ‘chewy’ in beer reviews. I’m an amateur; my palate has never been sophisticated enough to really feel like anything other than a fraud if I go too deep down the wine critics’ rabbit hole of pencil shavings and old wheelbarrows. (No offence to anyone who does – if you know what you’re talking about then more power to you, and I’m certainly not standing in your way.)

But I’ll be damned if this beer doesn’t suit that adjective perfectly. There is just too much flavour here for a mere liquid to hold, even one as hazy as this.

There’s mango in it, you say? No shit – the can that it comes in is easier to see through than the beer inside.

Our photographer disagrees, but I love a hazy beer; just as i like the fruit-led New England IPA style that often comes with that appearance. This is too aggressive to rightly be called that – it’s too wild, too amped up, and too bitter, but there are similarities.

If you’re a fan of that style, or more pertinently, hopped-up double IPAs (which, let’s be honest, this most definitely is) then you owe it to yourself to try this beer before it disappears completely.