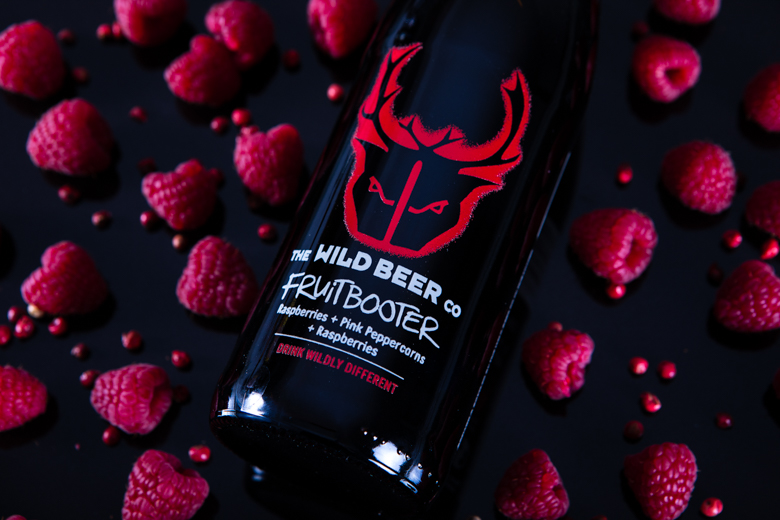 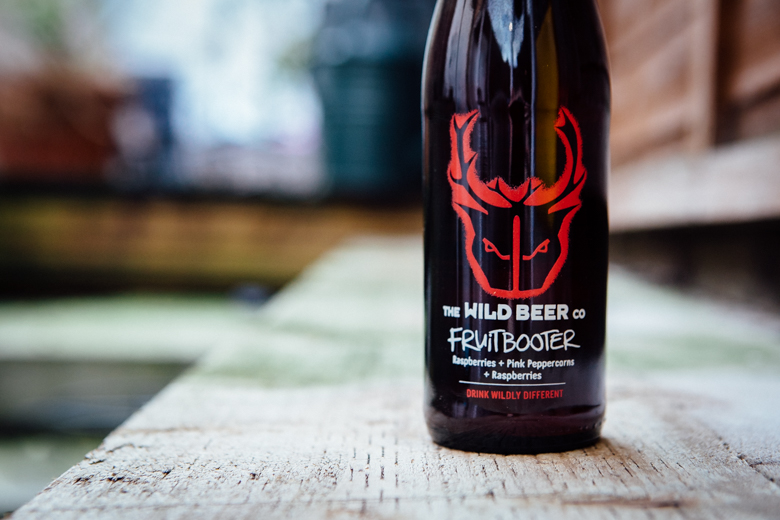 The titular fruit in Fruitbooter, the latest Wild Beer Co to grace our offices, is raspberries.

You know: just in case the colour, the aroma, or the legend on the bottle (raspberries + pink peppercorns + raspberries) didn’t make that painfully obviously from the minute you pick it up and pour yourself a glass.

But before you rush in with thoughts of a sweet, easy-drinking session beer, strap yourself in and check your expectations at the gate – this is The Wild Beer Co, after all.

For any unsuspecting drinker still clinging on to such fantasies, one sip should be enough to put all romantic notions of a raspberry saison aside.

Rather, it’s the wince-inducing first tang of raspberries at their most spiteful. Raspberries holding their ripe, juicy sweetness back behind the barbs of sharp acidity that can be the best thing about the fruit, or the outright worst, depending on when you pick them.

But dig past that spiky first impression; let the beer settle in to your senses and rest there awhile, and you’ll find the joy of those lazy summer afternoons starts to sneak through after all.

In case it wasn’t obvious, this is a beer that you have to ease yourself into.

That light sweetness redolent of raspberries at their very best IS there; but Fruitbooter doesn’t give it up easily. Your palate needs time to acclimatise – to get its second wind after that early one-two punch of acidity and fizz.

But when it does, oh boy.

We’ve said before that the Wild Beer Co excel at making complex,  nuanced brews, and this is no exception.

Don’t come here expecting that the fruit content in Fruitbooter means you get an easy route in; it may not be quite as tongue-ticklingly complicated as some of the brewery’s other offerings but there is plenty to wrap your tastebuds around here.

As your palate gets to grips with the tartness, the full depth of the beer begins to reveal itself. Sharpness gives way to sweetness, the raspberry miraculously ripening on your palate like the sun coming out from behind a cloud.

The saison that this beer ostensibly started out life as makes itself known too, jogging your elbow to remind you of its presence as you savour Fruitbooter’s long, long finish.

Leave it long enough between sips and you’ll even find evidence of the barrel ageing, taking a back seat to the fruit but working subtly in the background, adding depth to this brew that becomes more and more interesting the longer you drink.

The pink peppercorns perhaps remain too shy, never quite making it to the party – a shame considering they’re name-checked on the front of the bottle, but it seems churlish to complain when the rest of the experience is this fascinating. 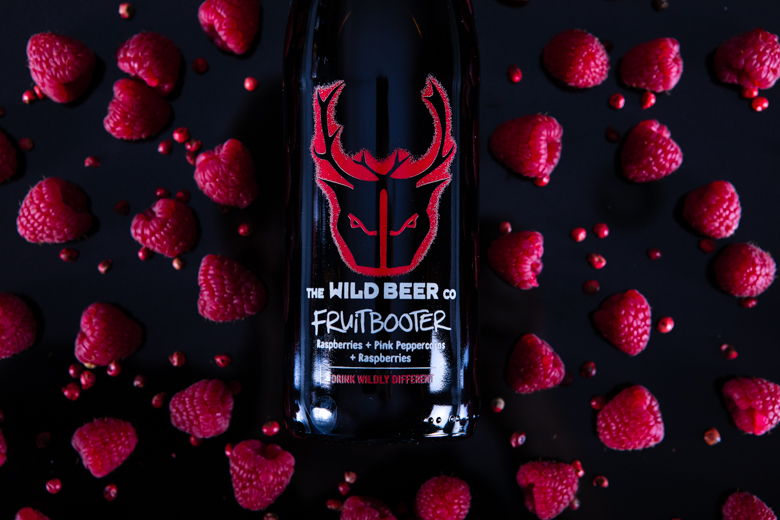 Taking your time with the beer is easily done, even if you’re a professed fan of the style.

This feels like a very grown-up sour, defying critics who assume that fruit in beer automatically equals sweetness. The acidity keeps it fresh, even as those fruit sugars start coming into play on your tongue.

It’s a sour, but the mouth pucker it produces is a million miles away from the lactobacillic tang of a kettle sour. As with all naturally-fermented sours the flavour profile here is very much its own; the zing of unripe raspberries rather than fizzy sweets.

Berries themselves can be a delicate flavour, but here they’re anything but – though they’re employed with the sharpness and deftness of a surgeon’s scalpel, the flavour of the fruit is defiantly in your face throughout.

Fruitbooter, so my research tells me, is a skateboarding term for a rollerblader.

I can’t comment on that one way or the other, but here – used to describe a beer that’s not unlike being on the receiving end of a very fruity Doc Marten – it’s a perfect fit.

One Thought on “Beer review: Fruitbooter”